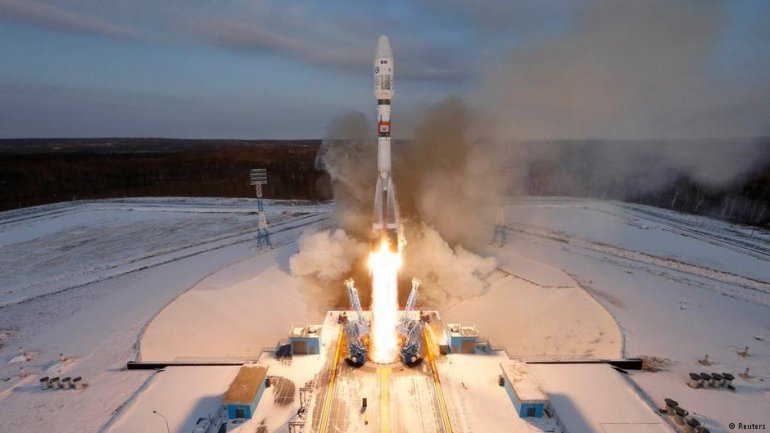 The Russian space agency has said its Meteor-M satellite was "absent" from its expected orbit after its launch from the new spaceport of Vostochny. The blunder is just the latest to hit the ambitious cosmodrome project, reported Deutsche Welle.

Russia's space agency Roscosmos said it was not able to contact the Meteor-M weather satellite launched from the Vostochny cosmodrome. The Tuesday launch was only the second from the new spaceport, located near the Chinese border in southern Siberia.

"All the initial stages of the rocket's flight went according to plan," Roscosmos scientists said after the takeoff.

However, scheduled attempts to communicate with the device were unsuccessful due to its "absence in the target orbit," they added.

Russian news agency Interfax quoted a Roscosmos source as saying that the fault likely lay with the Fregate booster, a part of Soyuz 2 rocket which was used to carry the satellite.

"The spacecraft is not to be found in the orbit," the source said. "At the same time, no traces of an explosion have been detected. The device might have fallen in to the Atlantic Ocean."

The Russian-made weather satellite Meteor-M was just one of 19 devices launched from Vostochny on Tuesday, with others belonging to various research groups and commercial companies from Germany, the US, Norway, Sweden, Japan, and Canada, Roscosmos said.

If the rocket failure is confirmed, it will provide further embarrassment for the troubled Vostochny site. The ambitious project was started as a way to reduce Russia's dependence on its central launch compound in Baikonur, Kazakhstan. Due to the break-up of the Soviet Union, Russia now pays $115 million (€96.8 million) per year to the government in Astana for its continued use.

The building of the new Vostochny facility has also been haunted by cost overruns, strikes, and accusations of corruption. Although far from completed, the 700 square kilometers spaceport was opened in April 2016.Russian President Vladimir Putin attended the inaugural launch of a Soyuz 2 rocket. However, an automatic system initially halted the launch two minutes before the engines were set to start, forcing Roscosmos to delay the launch for a full day. The incident prompted criticism from Putin, who decried a "large number of hitches" in the Russian space program.

Despite performance issues, Vostochny remains a focal point for Russia's civilian space program. Moscow intends to send a man to the moon from the compound in 2030, which is to be followed by a trip to Mars.