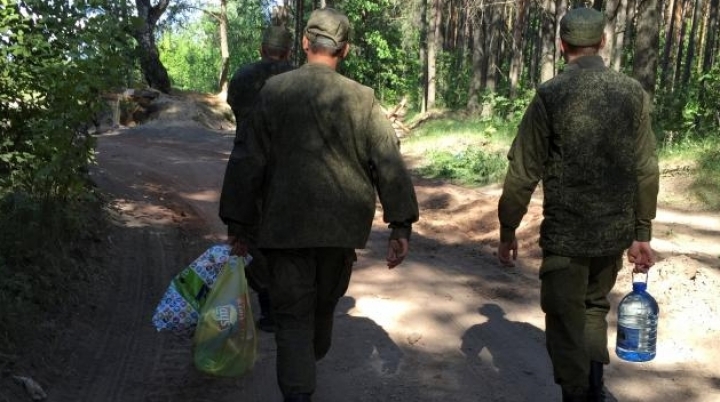 Russia is building an army base near its border with Ukraine, the latest in a chain of new military sites along what the Kremlin sees as its frontline in a growing confrontation with NATO.

While there have been no clashes between the former Cold War rivals, Russia is building up forces on its western frontiers at a time when the NATO alliance is staging major military exercises and increasing deployments on its eastern flank.

A Reuters reporter who visited the Russian town of Klintsy, about 50 km from Ukraine, saw a makeshift army camp, large numbers of newly-arrived servicemen and military vehicles.

Two soldiers in camouflage gear who were manning a checkpoint in a forest turned the reporter away, saying they were guarding a "special military site".

Last year, Reuters also reported on construction of two other bases further to the south on Russia's border with Ukraine.

The defense ministry has not acknowledged the deployment of troops to Klintsy, which usually serves as a stop for truck drivers traveling between Russia, Ukraine and Belarus.