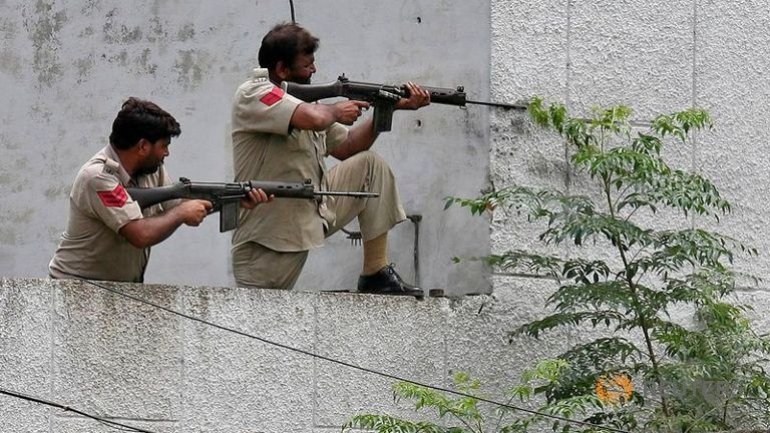 The men, members of a banned militant group awaiting trial, fled the high security jail in the early hours in the city of Bhopal, in Madhya Pradesh state, after slitting the throat of a prison officer.

Police tracked the armed men down after local villagers reported suspicious movements, surrounded them outside the city and shot all eight dead, inspector general of police Yogesh Choudhary told Reuters.

The escaped prisoners "fired on the police party first" he said. "In retaliation police fired and all eight were dead. Four firearms and three knives were recovered."

The men had been facing charges including murder and robbery, Choudhary said. Three had escaped from another Indian prison in 2013.

All eight were members of the Students Islamic Movement of India, a group formed in 1977 which has been accused of involvement in bomb attacks across the country.