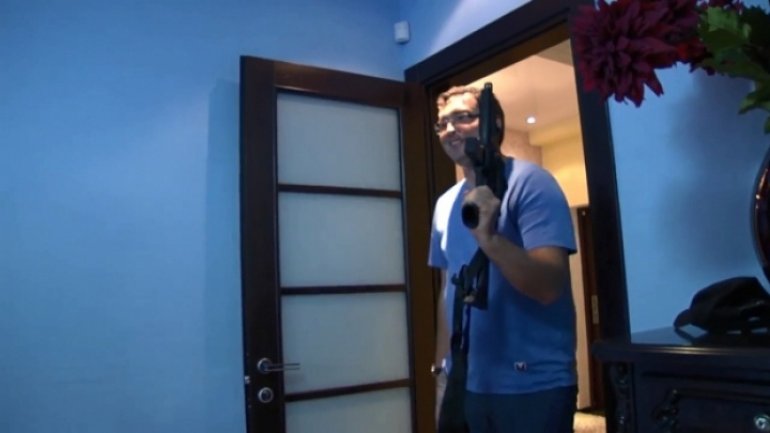 Fugitive mayor Renato Usatîi and Partidul Nostru Party are coordinated by Russian secret services, and their financier is the so-called CIS number one raider, Veaceslav Platon. Moreover, Usatîi was aware about the preparations of the murder attempt on the leader of the Democratic Party from Moldova, Vlad Plahotniuc.

All that can be deduced from Usatîi’s e-mails and SMS’s, which were cracked by hackers and made public. Renato Usatîi has acknowledged the e-mail is his.

Renato Usatîi has written to his party vice president, Nicolae Țipovici, he is sorry for the failure of the assassination plan on Vlad Plahotniuc . The runaway instructed his subordinate to decline all the linkage with the assassins and turn everything into a joke.

Usatîi tells him not to discuss anymore with Grișa’s men, that is of the gangster Grigore Karamalak.

His links with the underworld and with managing attempted murders do stop there. Usatîi recognizes he gave money to the killer Vitalie Proca, so that he did not testify that Usatii had ordered the attempt on the banker Gherman Gorbuntsov five years ago.

In a discussion with the former Communist MP Alexandru Petkov, the criminal Usatîi wrote that Partidul Nostru Party was coordinated by Russian secret services. According to the portal having made public the conversations, the question would be about top people in the Russian FSB.

Usatîi wrote to Petkov he was unhappy with the Kremlin authorities for creating a positive image to Igor Dodon to the detriment of his rating.

In another discussion with his subaltern Nicolae Țipovici, Usatîi mentioned he has influence over Russian police. Usatîi menaced his party comrades that if they left the party, they would be arrested in Moscow and carried in the trunk.

He wrote he was financed by Veaceslav Platon, who believed Usatîi was the only who get him out of prison, if in power.

One can also deduce from Usatîi’s messages, that he, Andrei Năstase and Maia Sandu, allegedly coordinated the failed protests of some NGOs against modifying the electoral law.

Partidul Nostru members complained to Usatîi drivers refused to carry people from Bălți to Chişinău. The criminal mayor insists to give them more money, because he promised 1,000 protesters to Andrei Năstase.

Usatîi also encouraged Grigore Petrenco with talking about him with people in Moscow, most probably Russian secret services, which decided to activate him, after disappearing from spotlight.

Petrenco allegedly agreed to execute the orders, but he asked for cover-up guarantees. Usatîi answered money would be given to him. Renato Usatîi was also advised by the former Communist law-maker Mark Tkaciuk. He told the fugitive to pretend being a support of Maia Sandu, specifying his voters were illiterate proletarians with the mission to destabilize the situation in the country.