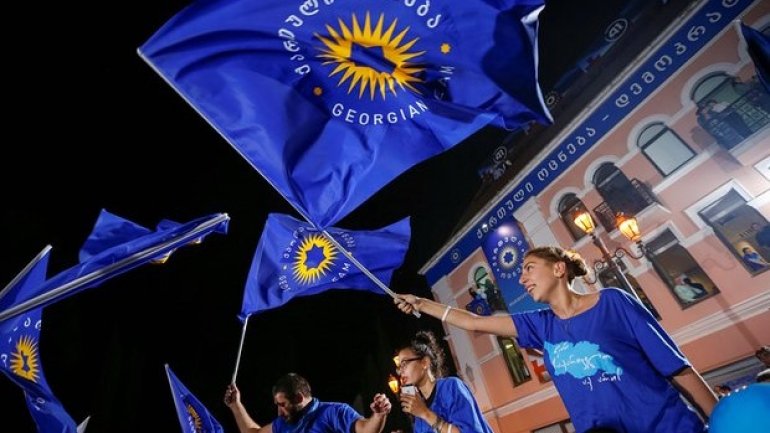 The second round of voting in the Georgian parliamentary elections has confirmed expectations that the ruling Georgian Dream-Democratic Georgia party will have a constitutional majority (at least 113 of the total 150 mandates) in the new parliament.

Opinions differ, nonetheless, as to the likely impact of that concentration of power. Likewise unclear is how tactical disagreements within the opposition United National Movement, the second-largest parliament faction, will affect its future political course.

As a result of the October 30 runoffs in 50 of the 75 single-mandate constituencies in which no candidate received the required 50 percent of the vote during the first round on October 8, Georgian Dream-Democratic Georgia will have 115 seats, the United National Movement 27, the Alliance of Patriots six, and the Industrialists-Our Homeland bloc one. Paris-born former Foreign Minister Salome Zurabishvili won election as an independent candidate.

The new legislature thus comprises fewer parties than any of its predecessors: the 2012 parliamentary ballot that ended the United National Movement's nine years in power was won by a six-party bloc led by Georgian Dream-Democratic Georgia with 85 mandates, compared to 65 for the United National Movement, RFERL reports.
AFLĂ imediat Știrile Publika.MD. Intră pe Telegram