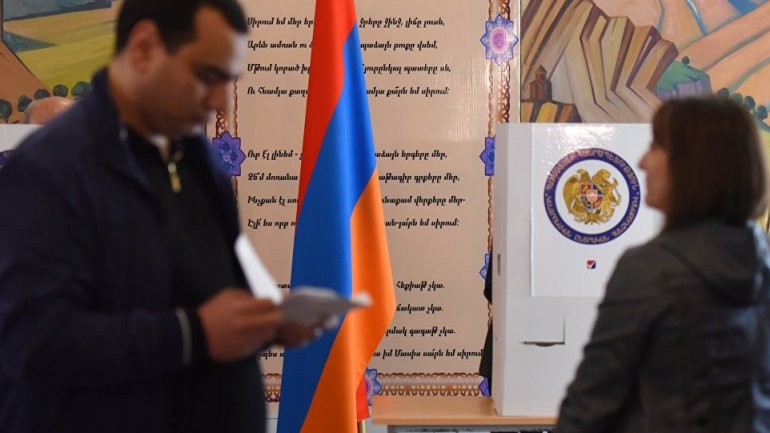 Official results indicate that President Serzh Sarkisian’s ruling Republican Party of Armenia will be the winner of the parliamentary elections, with the party's vote total hovering just around the 50 percent level.

The Central Election Commission said early on April 3 that, with votes counted from 50.4 percent of precincts, the Republican Party was ahead of the center-right Tsarukian alliance led by pro-Russia tycoon Gagik Tsarukian, 50.43 percent to 28.29 percent.

The Republican Party's vote total has been slipping from about 55 percent after the initial results were announced with 18 percent of the vote counted.

The Armenian Revolutionary Federation (HHD-Dashnaktsutiun), a nationalist party, had 6.88 percent of the vote and is set to enter parliament.