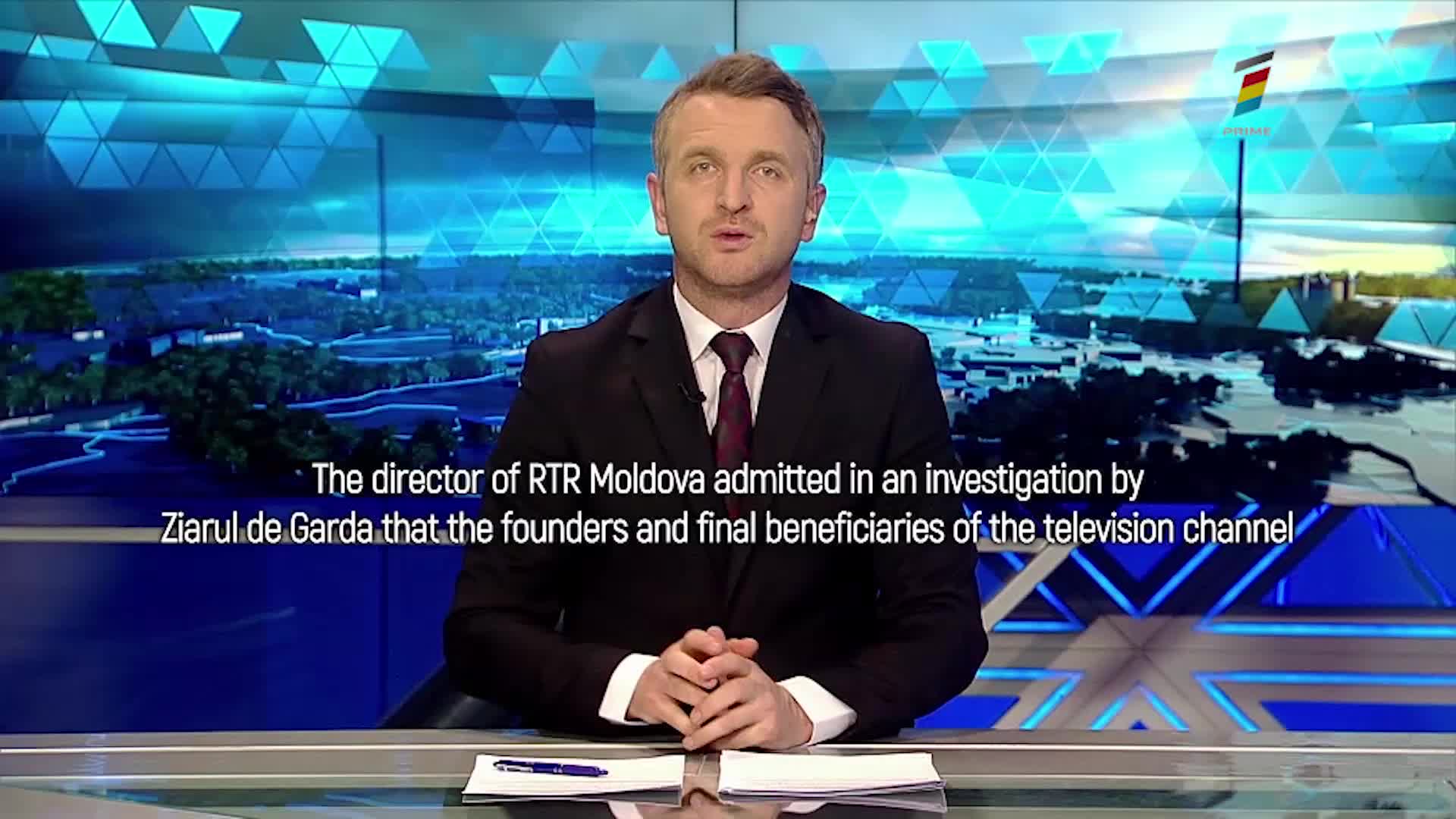 The director of RTR Moldova admitted in an investigation by Ziarul de Garda that the founders and final beneficiaries of the television channel are two entities belonging to the Russian state and are under sanctions imposed due to Russia's invasion in Ukraine. These are VGTRK, a Russian State Television and Radio Broadcasting Company, considered to be one of the Kremlin's propagandists and Sberbank. Evghenii Sergheev also stated that he does not know yet if the activity of the television he leads in Chisinau will suffer in the current conditions. The two Russian entities, which have control over RTR Moldova through an NGO, are targeted by sanctions already imposed by Great Britain, USA, Canada. The EU has also announced that it is preparing similar measures.

According to Ziarul de Garda, "Rosmediacom" was founded by Russia's largest state-owned bank, Sberbank, by another bank - Vnesheconombank, and by a state-owned audiovisual structure - the Russian State Television and Radio Broadcasting Company (VGTRK). Asked by ZdG, the director of RTR Moldova, Evghenii Sergheev, said that the owners of the station come from the Russian Federation, but that they would not influence the editorial policy of the station.

Directorul RTR Moldova, Evghenii Sergheev: "- Currently, the founders include the Russian State Radio and Television Company (VGTRK) and Sberbank, as far as I understand. The founders have changed often. VGTRK is a state-owned company. Sberbank is partially state-owned, as far as I know. - We have seen talks of applying sanctions in the context of this war on Sberbank. Do you think this will affect the job activity here at the local level? - I can't tell you, because we'll find out when there will be relations with our banks."

While Sergeiev claims that RTR Moldova's editorial policy is not influenced by the Russian Federation, the Audiovisual Council has sanctioned RTR Moldova's television station, along with NTV Moldova and Primul in Moldova, for violations related to the war in Ukraine.

Even in an entertainment show produced by RTR Moldova, false information was presented, circulated in the Russian press or financed by Moscow.

Directorul RTR Moldova, Evghenii Sergheev: "- But does the fact that some of the owners come from the Russian Federation influences the editorial policy of the station? - This does not influence in any way."

Several Russian companies, as well as Kremlin propagandists who published distorted information about the war in the neighboring country, were sanctioned by the United Kingdom last week. Among those targeted is the Russian State Radio and Television Company (VGTRK), founder and final beneficiary of the RTR Moldova station, but also of the Russia-1, Russia 24 and RTR Planeta channels. VGTRK is the second founder and beneficiary of RTR Moldova, which is sanctioned by the United Kingdom, after Sberbank. Following Russia's invasion of Ukraine, the entity was the subject of sanctions by the United States, Canada and the United Kingdom. Also last week, the president of the European Commission proposed that Sberbank be excluded from the Swift system, thus being subject to sanctions due to the war. Ursula von der Leyen also said that three Russian state television stations would disappear from EU frequencies, but did not name the broadcasters. Three EU officials, speaking on condition of anonymity, said they were TV Centre, RTR Planeta and Russia 24. The last two TV stations are founded by VGTRK, as is RTR Moldova.

On May 8, the United States also announced new sanctions against the Russian Federation, which also includes representatives of Sberbank's management. In addition, restrictions have been imposed on Channel One Russia, NTV and Russia-1, a television station co-founder of RTR Moldova. The US Treasury has determined that transactions with these items must be completed by June 7, 2022. Regular operations are permitted and are required for the gradual liquidation of transactions, contracts and other agreements entered into before May 8 with these items, as well as any other organizations in which they hold a 50% or more share.

Earlier, media expert Dumitru Tira said in a investigation by PRIME that more than 70 percent of Moldova's TV advertising revenues are directed to televisions that broadcast television programs in the Russian Federation in our country, and some of that money is transferred directly to Moscow and are not used for the development of the domestic television industry.