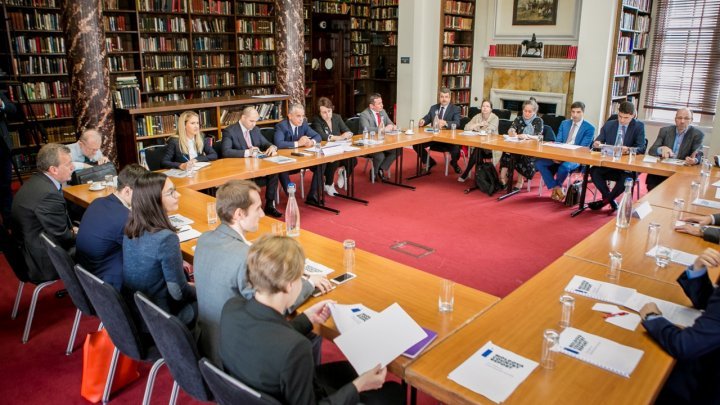 The West has to focus its attention on the Republic of Moldova, which strives to reach the free states. The opinion was expressed by several international experts at a round table discussion organized by the Royal Institute of United Services in London.

The event was also attended by the DPM chairman, Vlad Plahotniuc, who presented the latest achievements of the Chisinau government, as well as the challenges facing our country.

"I felt honored with the invitation I received and I was very glad that I had the opportunity to present, first of all, objectively the political and geopolitical situation in which we govern in the Republic of Moldova. Secondly, I had the opportunity to discuss the topics of national and regional interest, especially regarding the Transnistrian situation, the implementation of the reforms and, of course, the autumn parliamentary elections. In the context of the last point, I would like to mention that the Democratic Party's strategy, immediately after the elections, , which we will necessarily respect, too, is to strengthen relations with the West, to continue the reform and modernization path of the Republic of Moldova, to move the Republic of Moldova on our way to the development of the world of free countries, "said PDM chairman Vlad Plahotniuc.

International Director of the Royal Institute of United Studies, Jonathan Eyal, one of Britain's opinion makers, believes that Moldova deserves increased attention from the West, and government in Chisinau must be encouraged and supported in implementing reforms.

"It is a crucial year for Moldova. The elections will take place by the end of the year, and it is time for countries like the UK to attract more attention to the Republic of Moldova. Without interfering with Moldova's internal affairs, we find that the economy is recovering, good in terms of government standards, and it is clear that the current authorities are concerned that the country is going in the right direction, "said Jonathan Eyal, Director of International Security Studies, RUSI.

The event entitled "Round Table with Vlad Plahotniuc: The Republic of Moldova and the West", organized by one of the main think-thanks in the UK, brought together British opinion makers, representatives of the Foreign Ministry in London and the diplomatic corps accredited the capital of the United Kingdom.
AFLĂ imediat Știrile Publika.MD. Intră pe Telegram