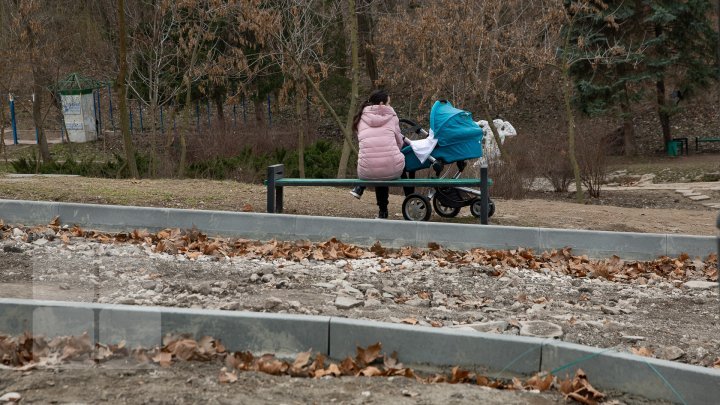 Rose Valley Park will wear new dress for the first time in the past 40 years. Dozens of workers began dismantling old parts and renovating the sidewalks. They will install the pavement, arrange bicycle tracks in a few days.

Rose Valley will become in June the largest park renovated in the Capital with all convenience for visitors, the authorities say.

In total, the City Hall has proposed to repair about 6 km of pavement and arrange 4 km of track for cyclists.

Municipal authorities will go to site inspections weekly to check whether the works are done properly.

"The economic agent is working fast and qualitatively. The agent will start asphalt the main road next week", said Vitalie Butucel, head of the Transport Directorate.

Moreover, the project also includes replacing the old aqueduct system in the park and setting up green areas with flowers and lawn.

According to the authorities, Rose Valley park in Botanica was set up in 1970 and there has been no change since then.

Until now, the workers managed to install over 300 pillars with LED light bulbs to light the park and within few months, the municipality save 40% electricity. The modernization of the park costs the municipality 13.7 million lei.