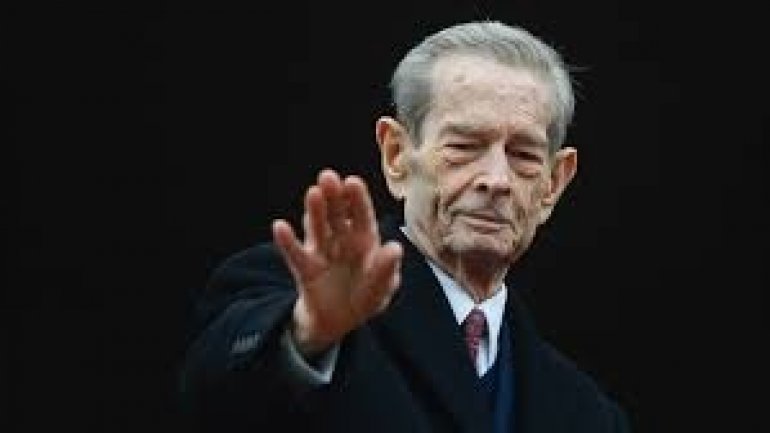 Romania's former King died at his home in Switzerland, TVR reported on Tuesday, according to an announcement of the royal house. He was 96 years old on 25 October. He'd been seriously ill for one and a half years.

King Mihai I is the last surviving monarch or other head of state from the Interwar period.

On 2 March 2016, the Royal Council announced King Michael's retirement from public life tasks are assumed by Crown Princess Margareta, his daughter. After a surgery earlier this year, King Michael was diagnosed with chronic leukemia and cancer.

Michael, a cousin of Britain’s Queen Elizabeth, was forced to abdicate in 1947 after the post-war Communist takeover of Romania and has lived in exile in the West for decades.

There is no popular demand for a restoration of the Balkan state’s monarchy but Romanians respect Michael as a historic figurehead as they have grown increasingly disillusioned with a political class perceived as corrupt.

Born in 1921 in Peles castle in the Carpathian mountains, Michael as king played a big part in Romania’s change of course during World War Two, participating in a 1944 coup against fascist leader Marshal Ion Antonescu, after which Romania broke with Nazi Germany and switched to the Allied side.

Michael, also a descendant of Germany’s old Hohenzollern dynasty, finally returned to Romania in 1992. Since 2004, he and his wife, Queen Anne, had been living in Aubonne, Switzerland.

In August 2016, his wife, Queen Anne died at the age of 92. The couple had been married for 68 years, but due to his ill health, the King was unable to travel back to Romania for her funeral.

Princess Margaret and her husband live in Romania.