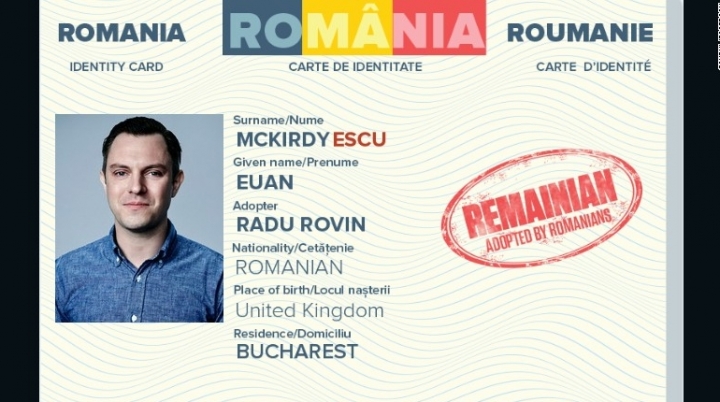 For millions of Britons who voted to remain, the idea that EU membership advantages are due to be revoked has left many heartbroken -- even, in a sense, homeless.

But for those who want to remain in Europe, one Romanian paper has offered hope of a new home, and a new family.

"Dear Brits who believe in a united Europe, leave the Brexiters, the quarreling and the weather behind," the tongue-in-cheek ad reads.
"Start a brand new life in a loving Romanian family."

The landing page for the campaign's website is split into two -- a page for Romanians looking to adopt a Brit, and another for disillusioned UK citizens looking to gain a back-door into Europe.

The Romanian side of the page suggests -- in English -- that "the good people who voted remain and share European values deserve to be our relatives."

Logging in via Facebook, the campaign pairs abandoned Brits with a potential Romanian adopter. CNN got a message saying "Your friend, Radu Rovin, wants to adopt you." It then shows a mock Romanian identity card -- with a Romanian-ized name -- for the new adoptee.