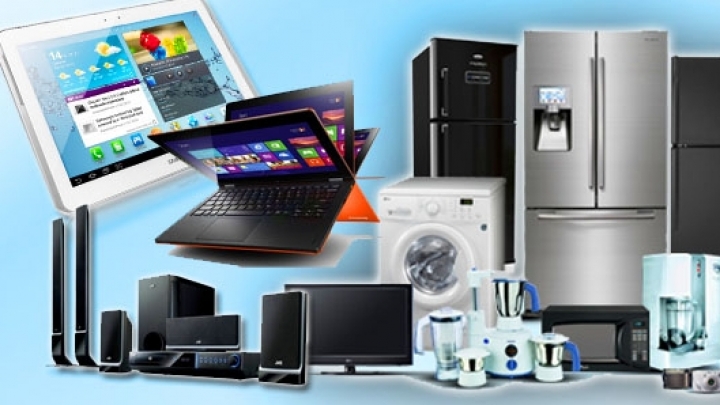 Romanians spent EUR 529 million on smartphones, TVs, audio systems and appliances between April and June this year, 15.5% more than in the same period of 2015, according to the GfK Temax study.

The study monitors the quarterly evolution of the local electro-IT market. The telecom segment was first in terms of sales on the durable goods market in the second quarter, with total sales of EUR 176 million, up 19% year-on-year. Smartphones boosted the sales on this segment.

Meanwhile, the sales of photo cameras dropped by 18% compared to the last quarter of 2015, reaching EUR 5 million.

The electronic equipment sales reached EUR 87 million, up 30% over the second quarter of 2015. Flat screen TVs accounted for most sales on this segment, with sales of EUR 76 million.

The sale of large appliances rose by 31% between April and June this year compared to the same period last year to EUR 125 million. All categories within the large appliances segment saw two-digit increases, but the sales of fridges recorded the largest growth.

Small appliance sales increased by 23%, to EUR 36 million. The IT segment, which includes laptops, tablets and other IT devices, saw a 14% drop in sales, to EUR 85 million. However, printer sales increased 7.4%, to EUR 15 million.

The overall electro-IT market reached EUR 1.05 billion in the first half of this year, up 15.4% compared to the first six months of 2015, Romania Insider writes.