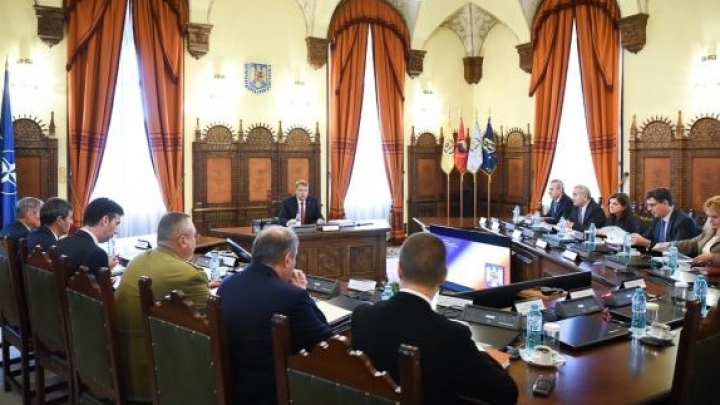 Romania's Supreme Council for National Defence (CSAT) on Tuesday decided on drawing up a medium and long-term strategy to improve Romania's relationship with Moldova.

"Our relationship has to become better, better performing, more pragmatic and more predictable. In order to improve the approach of the relationship between Romania and Moldova, a decision was made on work being done on a medium and long-term strategy that spells out Romania's positon in the relationship. Political developments in Moldova has shown us that pro-European parties are facing difficulties that became very obvious after the 2014 general election," Iohannis said Tuesday at the Cotroceni Presidential Palace after a meeting of CSAT.

He added that the relationship needs to be improved, saying that Romania contributing consistent funding to Moldova is a beginning, but deeper involvement is needed.

"We believe that a deeper involvement in the economic relations between Romania and Moldova is needed, along with our involvement in the construction and strengthening of democratic institutions. That will be written down in the strategy that we will prepare for the close of the year," said Iohannis.

The President also said that CSAT made a request that a working group be set up as soon as possible made up of officials of Romania's Foreign Ministry (MAE), Intelligence Service (SRI), Foreign Intelligence Service (SIE) and Presidential Administration. He pointed out that CSAT drew attention to the fact that a difference should be made between a very serious approach of the relationship between Romania and Moldova and "electoral populist approaches," given that a general election will be held in Romania and a presidential election in Moldova this year.

"Any discussion on unification will be dealt with in the strategy that we will discuss at a CSAT meeting at the end of the year," Iohannis concluded.