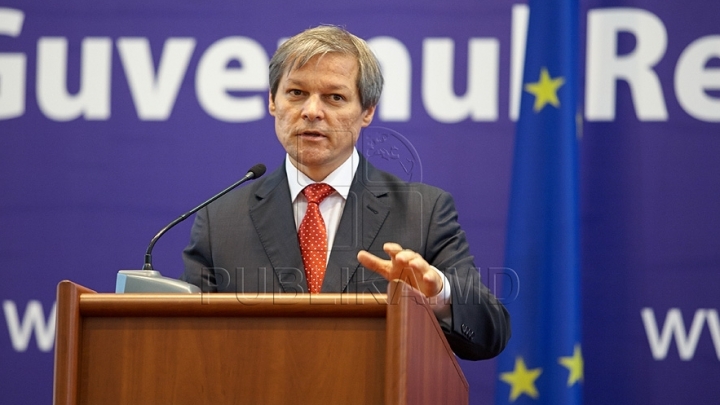 Romanian prime minister Dacian Ciolos will have an official visit to Moldova in the period of 24-25 August 2016.

During the visit, the Romanian prime minister will have a series of meetings with the Moldovan authorities and will visit a kindergarten, renovated with the assistance given to Moldova by the partners from Bucharest.

The agenda of the visit for 25 august includes:

8:40 – the bilateral meeting of the prime ministers of Moldova and Romania

9:10 – extended meeting of the delegations of Moldova and Romania

10:45 – Romanian prime minister will have a meeting with the Parliament speaker of Moldova Andrian Candu

11:35 – meeting of the chief of Cabinet of ministers from Bucharest, Dacian Ciiolos, with the president Nicolae Timofti

18:00 – prime minister Pavel Filip and prime minister of Romania Dacian Ciolos will visit the kindergarten in Selemet village, Cimislia district, renovated in the framework of the Romanian assistance program for the modernization of the educational field in Moldova.