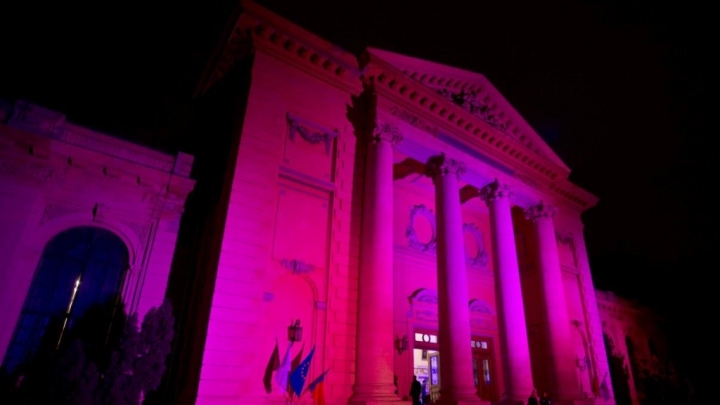 The Cotroceni Palace in Bucharest, which is the official residence of the country’s President, will be lit up with pink lights on Saturday evening, as a sign of support for the International Day of Fight Against Breast Cancer, Romania-Insider informs.

“Through this initiative, the Presidential Administration joins the list of institutions that promote the importance of prevention and early detection of breast cancer, the second most frequent form of cancer in Romania,” reads a statement from the Presidency.

Romania’s National Art Museum in Bucharest will also be lit in pink on Saturday in an event organized by local NGO Fundatia Renasterea, the main promoter of the fight against breast cancer in Romania. Last year, the Medicine University Carol Davila in Bucharest was lit in pink on October 1.

According to the World Health Organization, one-third of cancers are preventable, and half of the deaths could be avoided. Romania, however, registers deficiencies in the survival rate of cancer patients, one of the reasons being that the disease is diagnosed when it’s already at an advanced stage.

“This situation is alarming and argues the need for a set of measures that would bring women’s health to the fore,” reads the statement.

“The Romanian Presidential Administration supports the efforts of the civil society and health professionals, and reiterates the need for health education and prevention, which should be the top priority of any health system.”

A research study released earlier this year showed that one in four Romanians has had at least one experience with cancer, and 5.2% have been diagnosed with a form of cancer, which represents a total of some 840,000 people.