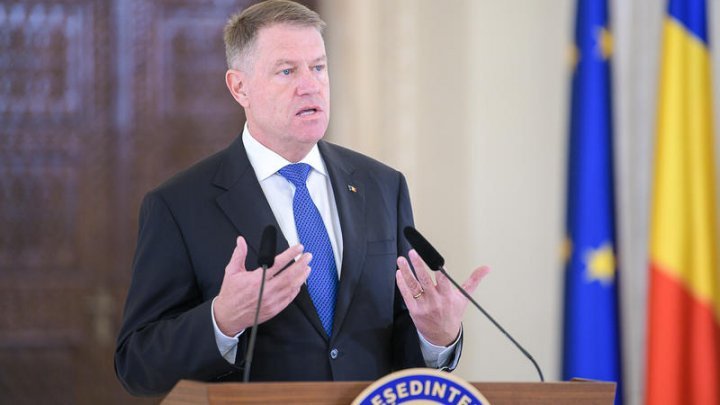 Romanian President Klaus Iohannis declared on Thursday that Romania would only carry on Moldovan citizens-oriented projects as long as the Chisinau Government failed to show its determination to reform its institution and follow the European path.

"I reiterate Romania's position on Moldova: the European path is the only and the safest way to reform fundamentally the institutions, which can bring tangible benefits to its citizens.

Unfortunately, as I said before, we are not at all convinced that the current government in Chisinau retains this goal. Therefore, we will continue only projects that are dedicated directly to citizens, projects with local impact and strategic interconnection projects, "said the Romanian president at the annual meeting with ambassadors accredited in Bucharest.

The Romanian head of state also said that the Bucharest authorities will resume full cooperation only when they observe in Chisinau, "at government level, concrete action aimed at continuing the European path, the reform process, especially in areas such as justice, administration and combating corruption, such as to ensure a democratic path and predictability both internally and externally. "