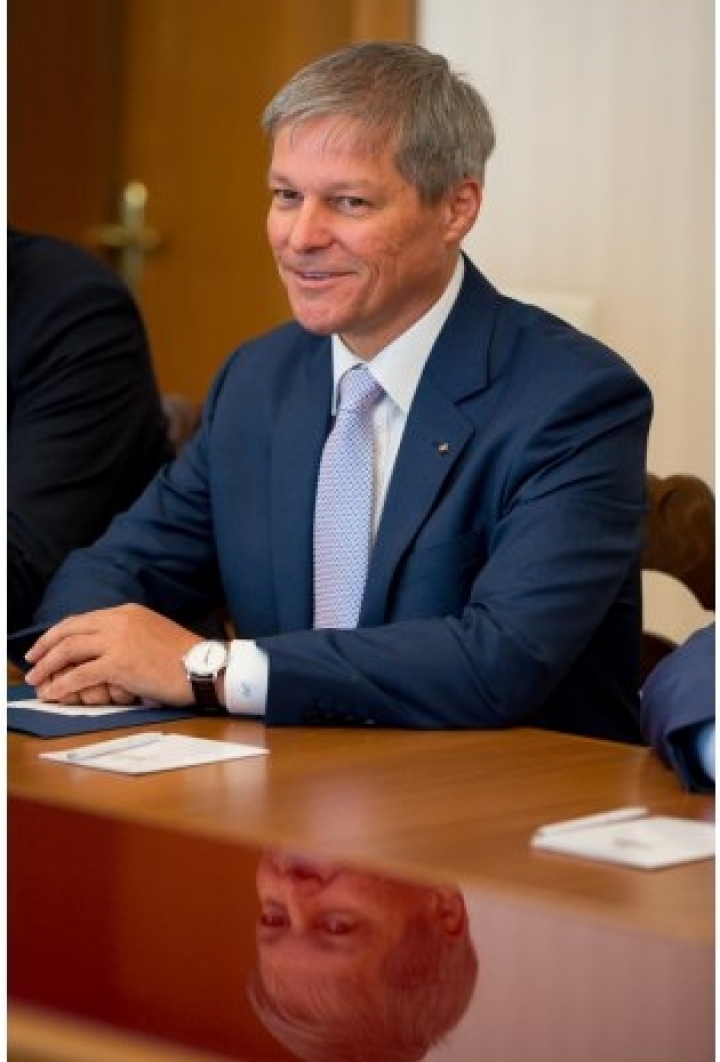 "Romania will expand development projects in Moldova and will continue to mobilize the European capitals to keep the project - Moldova closer to the EU - on the European agenda." The statement was made today in Chisinau by the Romanian Prime Minister Dacian Ciolos at a meeting with the Parliament Speaker Andrian Candu, the parliament's communication and public relations department has reported.

"Romania will encourage other investors to come to Moldova, to the extent that reforms will continue to improve the business environment and there will be a constructive approach from the authorities", said Dacian Ciolos.

The Romanian PM stressed that besides refundable financial assistance of 150 million euros, Moldova will continue to benefit from financial grants from Romania. It is about the continuation of the kindergarten renovation, purchase of minibuses for transporting pupils to school and expanding a pilot program for local government.

Speaker Andrian Candu praised the projects implemented so far with Romania's assistance and welcomed the intention to continue and expand. The speaker said that Moldova remains a priority for the implementation of the Association Agreement, signing a new agreement with the IMF, reform the energy sector and banking, creating an attractive business environment and instruments of protection for foreign investors.

"We welcome the intention of Romanian investors to come to Moldova. We will give all the necessary support, including by amending the legislation to facilitate foreign investment in Moldova. As the parliamentary majority, so the Government will ensure the continuation of the European integration policy. Commitment, assumed politically, is to meet the pre-conditions set by the IMF, and it will be a signal for the European Commission to resume the suspended projects with Moldova," said Andrian Candu.

PUBLIKA.MD reminds that the Romanian prime minister Dacian Ciolos is in an official visit in Moldova.