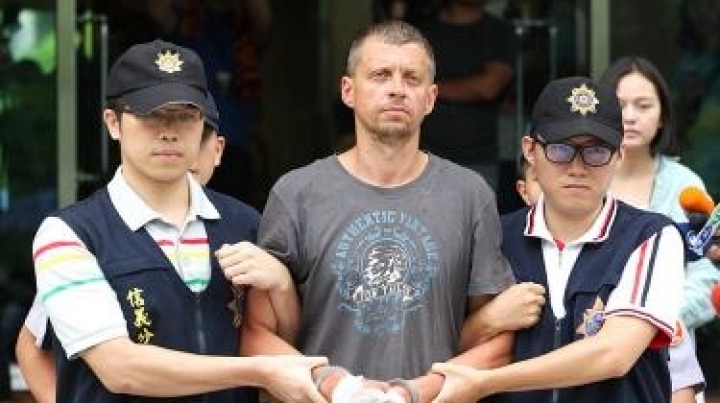 The Romanian arrested in Taiwan for ATM robbery is a friend of Renato Usatai.

The information comes from some sources of the law institutions in Moldova.The Romanian is actually a Moldovan citizen from Balti, a friend of Usatai.

His name is Mihail Colibaba and for the last years he lived in Moscow.

His father is Valeriu Colibaba, chief of Endocrinology Department at Balti Hospital.Valeriu, together with his son, did the election campaign for supporting Renato Usatai.

PUBLIKA.MD reminds that Taiwanese police has arrested on Sunday evening three main suspects of an international criminal group, responsible for the robbery of 83 million TWD (approximately 2.6 million US dollars), from the First Bank ATMs in three cities of Taiwan.

According to Taipei Times, the three suspects are Latvian Andejs Peregudovs, Romanian Mihail Colibaba and Moldovan Nicolae Pencov, who, together with other 12 members of the group, managed to rob on 9 and 10 July 51 ATMs from many offices of First Bank in Taipei, New Taipei and Taichung.

The police recovered50 million TWD, hidden in three luggages at a hotel in Dazhi area, Taipei, where Colibaba and Pencov were accommodated.