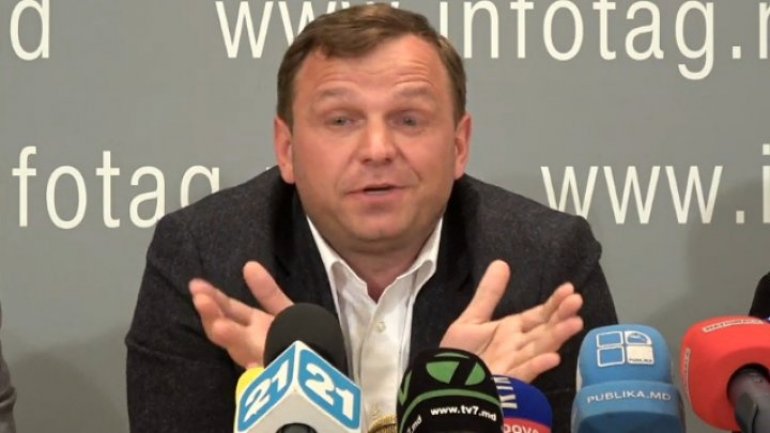 The Romanian Journalists Society reacted to a letter that Moldovan politician Andrei Năstase sent to some Romanian institutions, accusing Deschide.MD and Timpul de dimineață of manipulating and denigrating the opposition parties in the Republic Moldova, writes deschide.md

Accordingly, the Romanian Society of Journalists mentions in a press release that "has taken note with surprise and concern the statements of the President of the Platform of Dignity and Truth, Mr. Andrei Năstase, on the news portal Deschide.md and Timpul de dimineaţă newspaper".

"The Romanian Journalists' Society considers these statements made by the president of the PPDA in a so-called open letter as an attack on the independence of the press and a form of pressure meant to affect the proper functioning of the two media institutions.

We draw the attention of Mr. Andrei Nastase that such actions are alien to the spirit of democracy which he declares to support. The Romanian Journalists 'Society will notify the International Federation of Journalists and other European institutions about these unacceptable pressures that our Moldovan colleagues are subjected to, "the communiqué of the Romanian Journalists' Society said.

PUBLIKA.MD reminds that: PAS leader Maia Sandu justifies aggression of uncomfortable journalists. That's why, during the protest on Sunday, her party's sympathizers insulted reporters from Publika TV, Canal 2 and Moldova 1 for the simple reason that they were not loyal to the parties that organized the demonstration. In a TVC 21 broadcast, Sandu said the insults and threats of her supporters would be natural, even if some of them threatened a journalist with a beating.