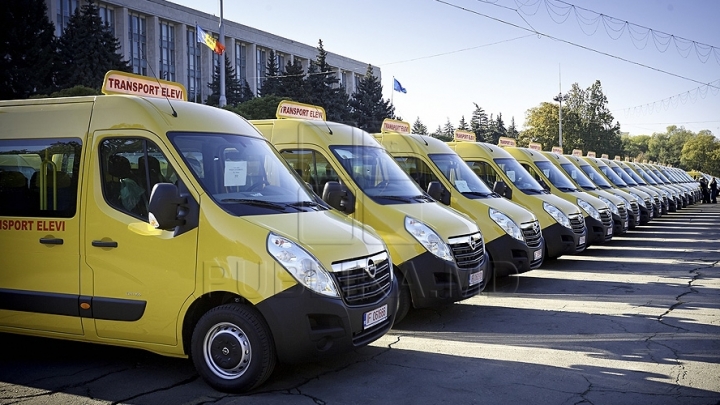 The schools in Moldova might receive other 100 minibuses from the Romanian Government for children transportation. This subject was discussed today by the minister of Regional Development, Vasile Batca, during a meeting with Romanian ambassador Daniel Ionita.

The two officials have renewed the availability of Bucharest and Chisinau to fulfill the joint projects initiated in education field and for the development of infrastructure in Moldovan localities.

Two years ago, Bucharest offered for free 100 minibuses for students’ transportation. In October 2015, Romania ratified the loan agreement of 150 million euro given to Moldova.

The law was issued in May 2016 by the Romanian president Klaus Iohannis.