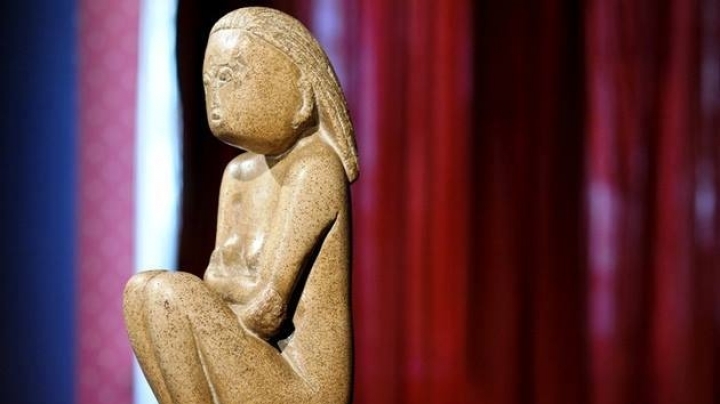 The Romanian Government has raised almost a fifth of the EUR 6 million needed to buy the famous Wisdom of the Earth (Cumintenia Pamantului) sculpture by Constantin Brancusi and considers prolonging the public subscription period, Romania-Insider informs.

The public fundraising campaign, which started on May 19, has raised EUR 1.16 million. The subscription was supposed to end on September 30. However, the Government may decide to prolong the campaign, according to Prime Minister Dacian Ciolos.

“I thank the over 100,000 Romanians who got involved in this national subscription campaign dedicated to Constantin Brancusi’s creation Cumintenia Pamantului. Together, in less than four months, they have donated over EUR 1 million. Given the impressive number of donations in the last few days, we are considering prolonging the subscription period,” Ciolos said in a Facebook video message.

“More than recovering an opera belonging to the national cultural patrimony, this campaign is about individually assuming national values, and about our unity and solidarity as a people around these values,” Ciolos added.

Romania’s Culture Ministry reached an agreement with the owners of the Wisdom of the Earth statue to buy it for EUR 11 million. The Government agreed to pay EUR 5 million from the state budget and decided to gather the rest of the money through public subscription. The initiative gathered a lot of support from local personalities and private companies but also raised critics as some think that the Government should have paid the whole price as the money it manages come from the taxes paid by all Romanians.

The Ministry of Culture initially announced that the people and companies who donated in the campaign would get their money back if the whole targeted sum of EUR 6 million weren’t raised. However, it’s unclear what will happen now, if the campaign continues.

The Wisdom of the Earth’s owners expect the Government to pay them the EUR 11 million agreed for the statue by the end of this year, according to their representative, lawyer Bogdan Grabowski.