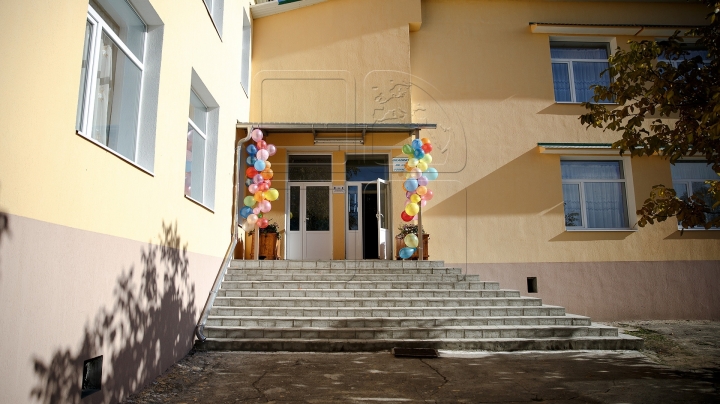 Romanian Government has finished the first stage of the Project of financial assistance for kindergartens in Moldova, a program through which over 800 preschool institutions have been renovated.

The 23 million euro allocated brought joy to children and the teaching staff. Now the Romanian authorities are expanding the project through offering another irredeemable tranche of three million euro.

In the framework of the new stage will be rebuilt another 85 kindergartens.

“This program does not mean only numbers, first of all it means people. We are finishing one stage, but we are marking another beginning, we continue to invest in education. Romania was always beside Moldova mentally, geographically, politically, historically” said the ambassador of Romania in Moldova, Daniel Ionita.

“We appreciatively received the news regarding the expansion of the project also for 2016. This shows that Romania was and is the most consequent supporter of Moldova and I want to thank for all the given support” declared the prime minister Pavel Filip.

From the money given by the Romanian Government, 832 kindergartens were renovated until now. According to the problems, in the institutions were repaired the roofs, were installed heating systems, and were set up playgrounds.

“We have approximately 240 kindergartens isolated thermally, which will bring savings in both local budget and the state budget” declared the executive director of the Social Investments Fund of Moldova, Mircea Esanu.

Many of the kindergartens have not been repaired for approximately 40 years, since their construction.

The preschool institutions, benefiting from funds for the thermic isolation of the walls, have registered reduced expenses for heating to up to 30%.