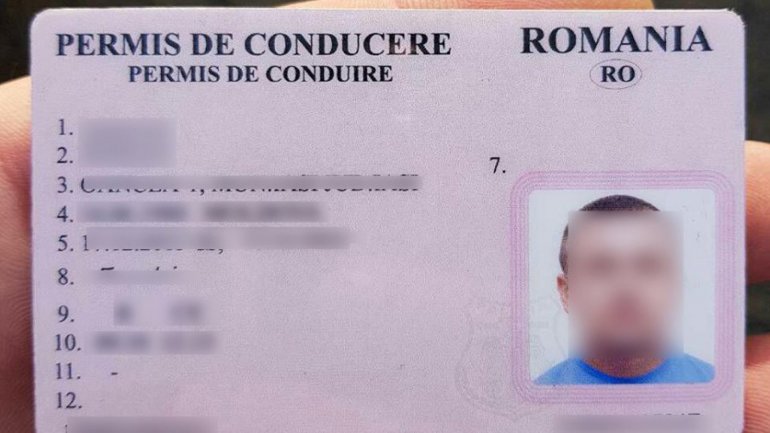 A Romanian was caught driving on the Hânceşti  road, from the Capital, yesterday with a false driver's license. He was pulled over by officers, because his headlights were not turned on.

While controlling his documents, patrol officers have noticed that his Romanian driver's license had signs of being false.

In order to ensure the document's validity, officers have contacted Joint Contact Center Galati who confirmed that the citizen, whose name was mentioned, didn't posses a driver's license.

Moreover, after checking, it was established that the driver have never received a licence in Romania.

The 37-year-old man was taken to Police Inspectorate for documentation, as stated by law.