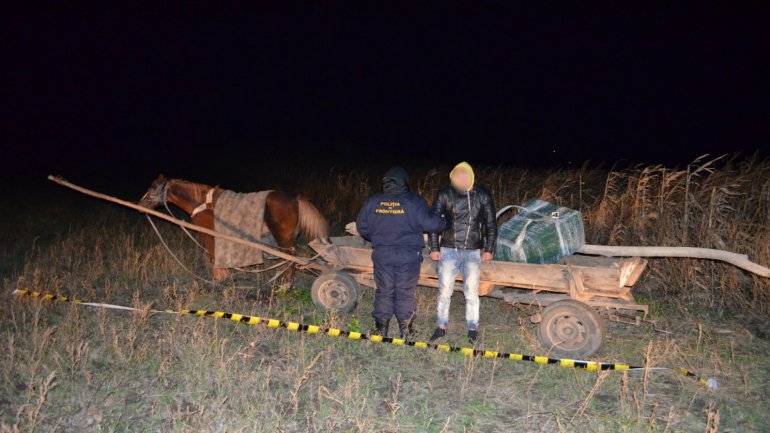 Over 6 thousand cigarettes packs were stopped from being sold on Romania's black market. A young citizen of Romania was detained at customs, being implicated in smuggling.

Resulting investigating, border police officers have notices at the edge of Prut river, toward Cotu Miculinţi customs, a person transporting big parcels with a carriage.

It was established that the 26-year-old citizen of Romania, resident of Botoşani district, was transporting four parcels containing cigarettes packs using a carriage.

Border officers have found and seized 6 thousand packs of Ritm cigarettes with excise stamp of Republic of Moldova, worth in total 27 thousand lei.

The incident is investigated as smuggling and border trespassing.