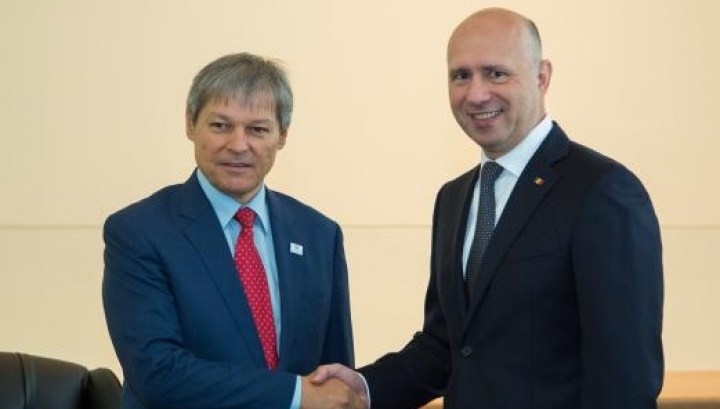 The development of the Moldo-Romanian relations has been discussed today by the Prime Ministers of the two countries, who attend the UN General Assembly in New York.

Pavel Filip and Dacian Ciolos have noted the ascension of the political dialogue at various levels.

Pavel Filip has expressed the Chișinău authorities’ appreciation for the Romanian Government’s consistent support of Moldova’s European path and unfolding of reforms modernizing the country.

Premier Pavel Filip has mentioned the reform of the government, local administration, pensions system. Premier Dacian Cioloș has encouraged the Chișinău authorities to continue the reforms and to communicate them transparently, explaining their necessity and future benefits to the citizens.

The sides have reconfirmed their mutual interest for speeding up the cooperation in economy and the energy sector, mentioning the 2016 sitting of the inter-governmental committee for economic cooperation.

The two officials have reviewed the implementation of diverse technical assistance and financial programs for Moldova, in conformity with the accords inked between the two countries.