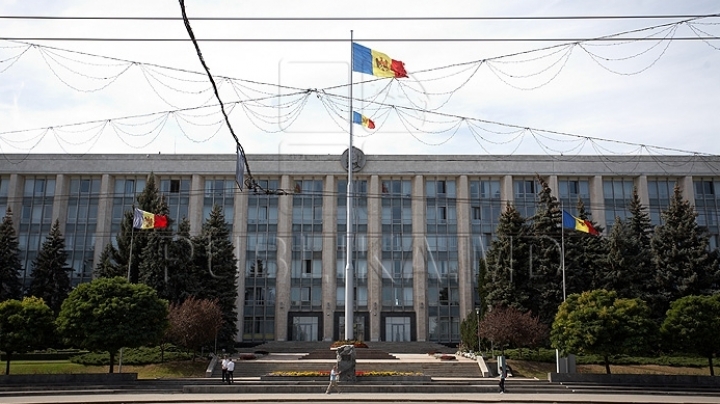 “The convincing , substantial and deep reforms are the best answer Chisinau may give to joint expectations of citizens and European friends of Moldova. We are welcoming the already undertaken measures and we strongly encourage the Government to continue this way with more determination. Because, as Brincusi said, “Things are not difficult to do. The difficult part is to have the state to do the things”.

The message was written in a joint press statement of the minister of foreign affairs ofRomania, Lazar Comanescu, and of the State secretary for European affairs, in the Ministry of Foreign Affairs and International Development of French Republic, Harlem Desir.

The two officials say that the years that have passed since the signing of the European Union Association Agreement were “very upset for Moldova. The hopes born from this agreement were affected by political arguments, social tensions and financial difficulties. Confronted with daily challenges, with corruption phenomenon, and with political instability, people have lost their faith in the promises given to them. Today they are waiting for answers and especially specific actions.

This is how, paradoxically, the European idea has lost from the initial impulse in the last two years.

Actually, Moldovan citizens are aspiring to a prosperous future in a lawful state, free, democratic , and free of corruption, which offers equal chances to everyone. No other model answers better to these legitimate aspirations of state consolidation, of strengthening of democratic and economic development institutions than the European model. The remarkable development from the last decades of the countries in Central andEastern Europe show the success of those who followed this path.Moldova has also chosen to follow this model, by signing the Association Agreement with European Union.

Tomorrow, as co-presidents of the Group for European Action of Moldova, and especially as friends of this country, we will have a joint visit in Chisinau, in order to remind our hope to see it again on the path to success. The development of Moldova, beneficial to all its citizens, represents an objective shared in Bucharest, Paris and Brussels. We are convinced that only the thoroughness of the reforms, together with the gradual, equilibrate application of the Association Agreement, with the compliance of the democratic principles, , of the human fundamental rights and freedoms, may lead to the accomplishment of this objective.

We are conscious of the challenges risen by the implementation of the necessary reforms for the state and a transparent and competitive economy. These reforms request courage, for changing from usual basis, to confront various interests, to fight against corruption. There is no better guarantee for the assurance of stability and prosperity for a long period”, have declared the officials.