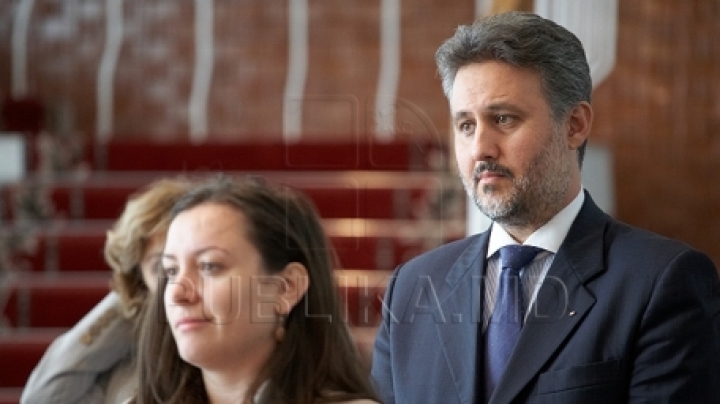 SMURD mission will continue its activity in Moldova, and the level of solidarity for Romania in these painful times is incomparable. The declarations were made yesterday evening, on the show Fabrika, by the ambassador of Romania in Moldova, Marius Lazurca.

The ambassador has declared that the SMURD team will continue to help our country, but the tragedy has changed definitely the nature of its existence.

"SMURD in Moldova is not the same. Talk to any rescuer, fireman in Moldova and you will see that the accident had a great impact on them. This sacrifice has changed, if you want, even the nature of the SMURD existence in Moldova" said the Romanian ambassador, Marius Lazurca.

During the show the ambassador has discussed the collaboration of experts from Moldova and Romania in the investigation of the chopper crash in Haragis.

"There are two parts of the investigation: a criminal investigation that is done in two criminal case files, one in Romania and one in Moldova. This investigation is done by a mixed team, even if all evidence will be used distinctively by each party in Moldovan case file and in Romanian case file.  There is another dimension, if you want the technical investigation of the aeronautical dimension of this accident. And here, the version of Romanian team will be more detailed than the one of the Moldovan team, because in Romania there are specialists of this kind of helicopter" has concluded Marius Lazurca.

SMURD chopper was headed to Cahul on Thursday, around 13:00, in order to take a patient that had to be transported to Chisinau.

At 14:13, the aircraft has disappeared of the radars, and afterwards has appeared information regarding its crash near Haragis village, Cantemir district.