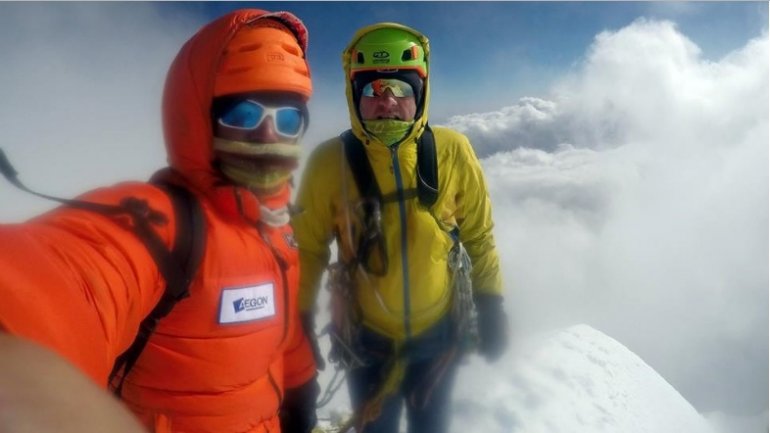 Romanian alpinists Zsolt Torok and Vlad Capusan have become the first climbers in the world to set foot on the top of a 6,374-meter peak in the Himalayas. Seven expeditions have unsuccessfully tried to climb Peak 5, also known as Saladim Peak, according to Romania-Insider.

The Romanians managed to achieve this performance without Sherpa and lots of resources. They reached the summit on November 1. During their ascent, they faced extreme cold, with temperatures of -30 to -25 degrees Celsius.

They climbed rock and ice portions and said the route was a difficult one. They named it the Romanian Flame.

Once they prove to the Nepalese government that they reached the top and get the official paperwork to certify their successful attempt, the Romanians may be given the opportunity to name the peak.

Zsolt Torok and Vlad Capusan also climbed the Kyajo Ri peak (6,189 meters) in Nepal at the end of October to prepare for the Peak 5 ascent.

Zsolt Torok, 43, is one of the most experienced climbers in Romania. He has been art of the Romanian expedition that climbed the Nanga Parbat peak (8,126 m) in 2013. In 2015, he had to give up an attempt to climb the Everest after the catastrophic earthquake in Nepal.

Vlad Capusan, who is much younger, has managed to climb several peaks of over 6,000 meters before. However, reaching the summit of Peak 5 is his biggest performance so far.