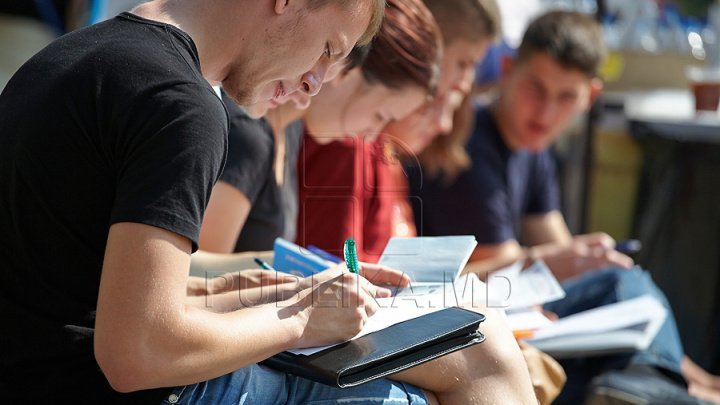 Young Moldovans who want to continue studies in Romania can visit the University Fair at the central park in Chisinau. 25 institutions offer 3900 places for young graduates.

Another university in Bucharest offers American studies, with professors from the United States, Moldovan students will need to pay annual contract of 900 euro.

"We have an Asian center where you can learn Japanese, Chinese, Korean," said Olga Cocerva, a student at the Romanian-American University, Bucharest.

The most wanted faculties are IT, economics, design and foreign languages.

According to the organizers, Moldovan students are more interested in studying in Romania, therefore, more and more universities present at the Fair as well as up to 3900 places offered for our students.

Admission to universities in Romania will start on July 9 until the end of September. 29 universities attend the Fair which opens at the Ştefan cel Mare park two more days.