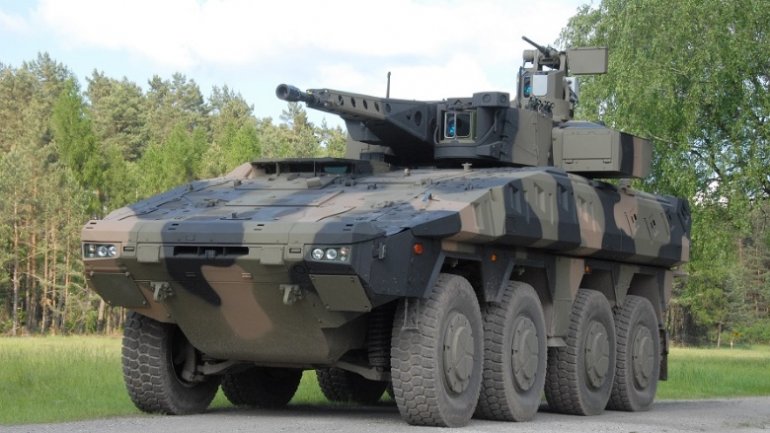 German group Rheinmetall will produce 8×8 armored vehicles for Romania’s military forces in partnership with a local factory. This is one of the most important contracts for Romania’s defense industry in years, Romania-Insider reports.

Romanian state-owned auto-mechanical plant Moreni and German military vehicle producer Rheinmetall Landsysteme signed the agreement for setting up the mixed-capital Romanian-German company, on Thursday, November 24. The new company, which is called Romanian Military Vehicle Systems, will manufacture 8×8 armored vehicles for Romania’s Defense Ministry. Each shareholder owns a stake of 50% in the new company.

“We consider it extremely important that we provide the army a transporter manufactured in our country,” said Neculai Banea, state secretary for the defense industry in the Economy Ministry. “This is a key moment in the revitalization of the national defense industry and we hope that mass production of this transporter to start soon,” he added.

One week ago, Prime Minister Dacian Ciolos announced that the Romanian Army would buy armored vehicles produced in Romania through an association with Rheinmetall, a German giant in the defense industry.