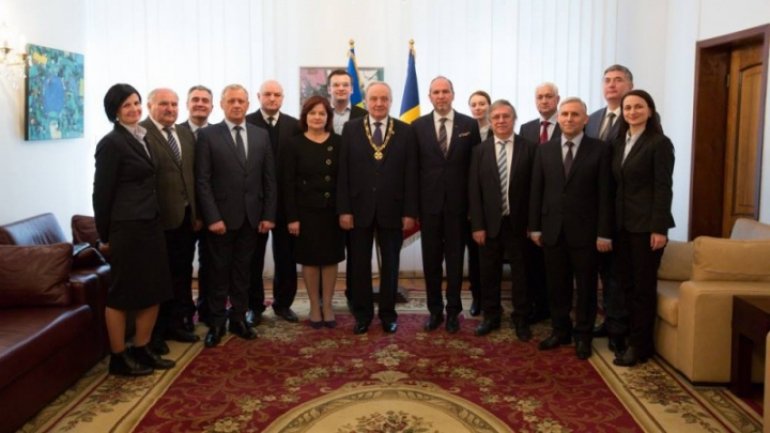 The award has been handed by the Romanian ambassador, Daniel Ioniță.

Romania’s president Klaus Iohannis awarded Nicolae Timofti for his contribution to the development of friendship and collaboration relations between Romania and the Republic of Moldova, for supporting Moldova’s democratic and European path.