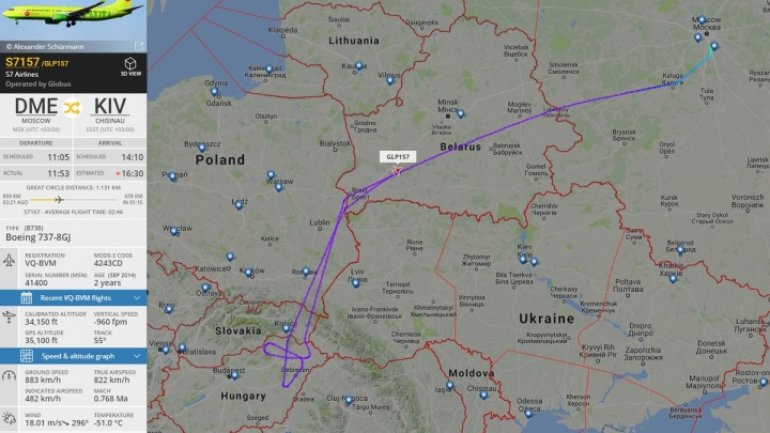 Romania's Ministry of Foreign Affairs confirms the authorities have opposed the plane of Russian Deputy Premier Dmitri, Rogozin to fly over Romania.

The plane just landed at Minsk Airport (Belarus capital) on Friday afternoon, according to the FlightRadar24.com site. Likely, the Russian official plane needs fuel refueling before continuing on to Moscow

The plane carrying Rogozin could not reach the Republic of Moldova because it did not get permission to fly over our country.

Dmitry Rogozin's plane has overflown Belarus, Poland, Slovakia and Hungary, but is likely to return to Russia now.

Yesterday a Russian Deputy along with other artists, barred entering Moldova, were forced to return Moscow at Chisinau airport