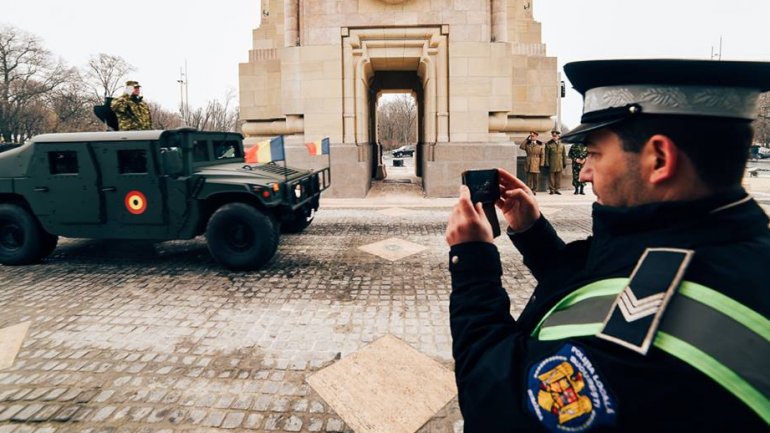 The Romanian citizens are celebrating today the Great Union Day, commemorating the union of Transylvania and the provinces of Banat, Bessarabia, and Bukovina with Romania on December 1, 1918. With this occasion, in the Arch of Triumph Square in Bucharest is taking place a military parade in which are marching over 3,000 soldiers, hundreds of military vehicles and 50 aircrafts.

Along the Romanian soldiers will march soldiers from other countries such as Great Britain, Italy, Germany, Poland and Moldova. A ceremony will take place at the Tomb of the Unknown Soldier in Carol 1st Park in bucharest, where President Klaus Johannis will lay flowers.

The event will be marked in all major cities across the Prut, where will be organized over 250 outdoor festivities, to which are expected more than a quarter million Romanians. December 1st is dedicated to the Great Unification of the Romanian Principalities.

Then, the Alba Iulia National Assembly adopted the resolution that ratified the union of all Romanians of Transylvania and Banat with Romania, with Bessarabia being already part of Romania, after the Country Council voted the Unification on March 27, 1918.

The National Day of Romania will be also celebrated in Chisinau. Today, for the first time, on Stefan cel Mare avenue will be rolled a flag of one kilometer length. The participants to the event will march towards the Romanian Embassy in Chisinau. The march is organized by the Association "Honor, Dignity and Homeland".