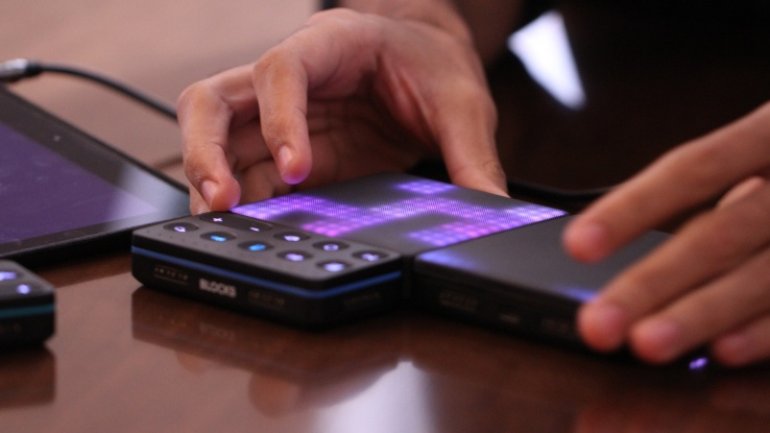 Roli wouldn’t say much before our demo. Just that the company was showing off something new, and that we would probably want to bring a camera. So when we arrived, expecting the latest take on the company’s flexible Seaboard instrument, we weren’t quite sure what the make of the thing, techcrunch reports.

It’s a small, wireless square that has little in common with the London-based startup’s prior output. Its face is made up by a 5 x 5 grid of light up squares that respond to touch. A few minutes into the presentation, I found myself asking how, precisely the device was different than a Kaoss Pad, Korg’s popular effects processing MIDI interface.

“It’s a instrument in and of itself,” explained the rep demoing the device. And indeed, like the Seaboard, the Blocks system is as much about music creation as it is control.

It’s an attempt by the company to offer up a device that lowers the barrier of entry significantly from its other offerings, both in terms of price and ease of use. Roli is calling the system its “first truly mass market consumer device.”

Here’s a quote from Grimes about the system. “Roli Blocks will democratize music production. It’s so intuitive and versatile. I’m always on the go, and Blocks is the most powerful mobile production tool I’ve ever used.”