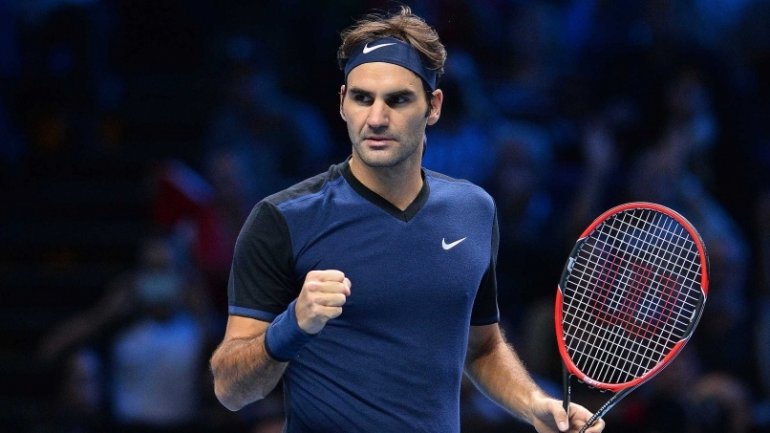 Andy Murray officially became the No. 1 men's player in tennis Monday but that wasn't the only monumental change in the rankings as Roger Federer slipped outside the top 10 for the first time in 14 years as the power shift in the sport continues, reports CNN.

Federer dropped from ninth to 16th when the weekly rankings were released, marking the Swiss' lowest position since he sat 13th in October 2002.

Although Federer won the last of his record 17 majors a while ago in 2012, his slide is more the result of injury than a slump brought on by advancing years.

He reinjured his knee at Wimbledon in July in a five-set semifinal loss to Canada's Milos Raonic - when he was ranked third - and a few weeks later decided to end his season to focus on 2017.

The decision sparked speculation about whether Federer, who turned 35 in August, might simply quit the sport but he was adamant that he still wanted to play for "another few years."

He told Swiss newspaper Tages Anzeiger last month that he was on course to return in January, with his first event scheduled to be the Hopman Cup, a team event, in Perth.

"I am completely on track," Federer told the newspaper, in comments translated by Tennis.com. "The hope is that in [physical] condition I am again 100% almost, like with treadmill and sprints. Now we increase the intensity, and also I will start to play tennis again."

Despite being away from the game for four months, Federer hasn't had any issue maintaining his healthy income.

He was, according to Forbes, the fourth richest athlete in the world this year by amassing $67.8 million - trailing only Cristiano Ronaldo, Lionel Messi and Lebron James. Forbes also named him the top athlete brand in the world.

Federer's arch-rival during his prime was Rafael Nadal but now the Spaniard - who ended his own season last month to rehabilitate from a wrist injury - is also close to exiting the top 10.The Spaniard slid two spots to eighth. Federer attended the launch of Nadal's academy in Mallorca last month.

Federer and Nadal have, unquestionably, been replaced atop the men's game by Novak Djokovic and Murray.

Djokovic won four straight majors through this year's French Open to lift his overall tally to 12 but has since slumped, allowing Murray to overtake him and clinch the No. 1 ranking Saturday at the Paris Masters.

The Scot won a second Wimbledon title in July, retained his Olympic crown a month later and carries a 19-match winning streak into next week's year-end championships in London.

Djokovic has a chance to reclaim top spot at the year-end championships although current form suggests it will be difficult for the Serb, even if he has triumphed at the World Tour Finals four straight seasons and Murray has never reached the final.
AFLĂ imediat Știrile Publika.MD. Intră pe Telegram