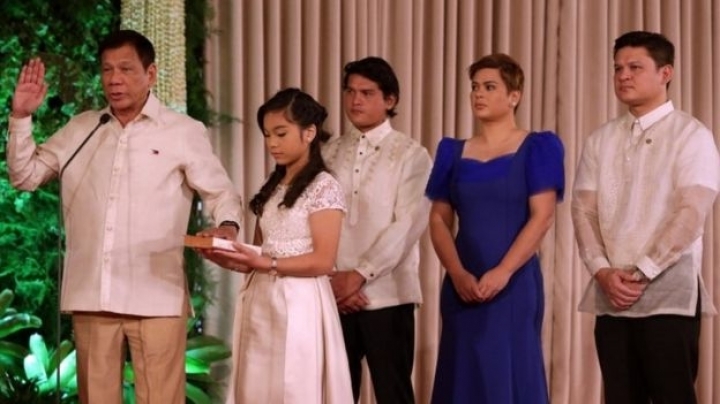 Rodrigo Duterte has been sworn in as president of the Philippines, after a landslide election victory in May, reports BBC.

The controversial former mayor of Davao City, 71, overthrew the political establishment at the polls, promising a "bloody war" on crime and corruption.

In his inaugural speech he promised to make sweeping changes to the country's political system.

But in a nod to his critics he also insisted that he "knows the limits" of his power.

Mr Duterte, who has barely left Davao in the south since his election win, took his oath at a small ceremony at the Malacanang Palace in Manila.

Only state media were permitted to cover the event, but it was streamed live online.

He told the audience he would tackle an "erosion of the people's trust" in the leaders, the judiciary and public servants.

He added: "As a lawyer and a former prosecutor, I know the limits of the power and authority of the president. I know what is legal and what is not. I know that there are those who do not approve of my methods of fighting criminality. They say that my methods are unorthodox and verge on the illegal. My adherence to due process and the rule of law is uncompromising. You mind your work and I will mind mine."

He also promised to honour international treaties and respect peace deals agreed with rebels at home.

The new vice-president, Leni Robredo, was sworn in at a separate ceremony in Quezon City, in the suburbs of the capital.

Both will both serve a single six-year term.