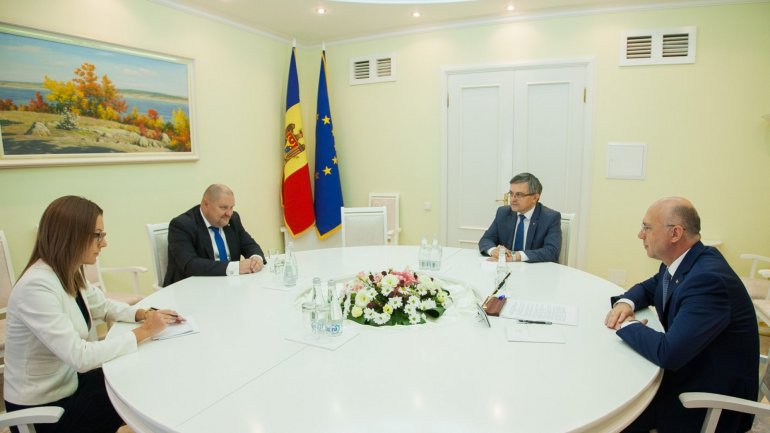 Prime Minister, Pavel Filip met today with the Ambassador of Slovak Republic to Moldova, Robert Kirnag, on the occasion of completion of the diplomatic mission to Moldova.

"I wish to accentuate that you were the most active and dynamic Ambassador in our country. You are a real friend for the Republic of Moldova", Pavel Filip stated.

Moreover, the PM spoke about the constant support provided to our country by Slovak Republic, mentioning that he counts on further support in implementation of reforms and improving the living conditions for citizens of Moldova.

In his turn, the  Ambassador of Slovak Republic to Moldova, Robert Kirnag declared that the authorities from Bratislava appreciated the reforms promoted by the Government and have it in their best interests to make sure the Republic of Moldova is a developed and prosper country.

"We wish to help the Republic of Moldova, to share our experience, but the hardest parts you have to manage on your own. We can only support you in this process. The Republic of Moldova will remain one of the three candidates to receive, next year, technical and financial support from Slovak Republic", Robert Kirnag declared.

During the meeting, the two officials have also shared their opinion regarding the implementation of reforms the Government, modernizing the judicial system, as well as improving the management of external assistance.