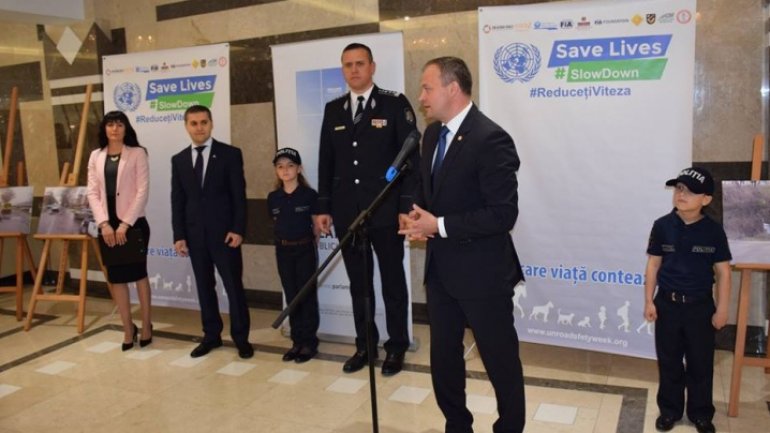 The Moldovan law-makers have signed a Manifesto on Speed Reducing, in a UN global initiative week for road safety. The initiative to promote the campaign #ReduViteza, #4RoadeSafety belongs to Speaker Andrian Candu, and is meant to cut by half the number of road crash victims by the next decade.

"Unfortunately the accidents make no age, sex or ethnicity difference. We must fight, at all levels, with this scourge affecting us, by different educative drives as campaigns about the importance of safety belts and of chairs for kids, and by changing legislation," said Andrian Candu in his new position of an ambassador of road safety appointed by the Eastern Alliance for Safe and Sustainable Transport from Britain.

The event was accompanied by a special exhibition and was attended by police, ambassadors and 50 children involved in accident preventing campaigns.

"The manifesto I invite you to sign is a common commitment to get involved in preventing the loss of numerous human lives on Moldova’s roads. Observing the traffic laws aids us return home and reach destinations in safely," the Parliament President pointed out.