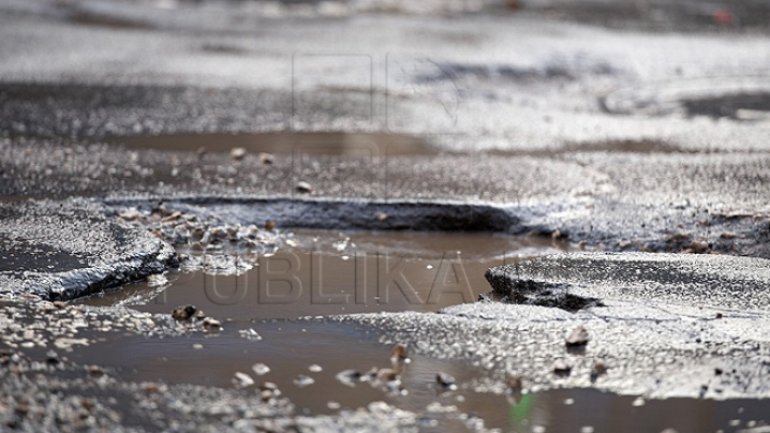 Drivers passing through the zone are urged to respect the temporary traffic signs.

A new layer of asphalt will be coated on all streets that were damaged during winter. Repair works will last around two months.

At first, the potholes that appeared after rains and snow will be covered, while in summer, the roads form the Capital will be rehabilitated.

Interim Mayor Silvia Radu assured that she will personally monitor the process, while irresponsible employees will be fired.

"The weather outside allows us to begin the works. I wish for the action plan to be public, as previously agreed upon, for citizens of the Capital to know which streets will be repaired and what are the planned works depending on the sectors" interim Mayor of Chisinau, Silvia Radu declared.

For repair works, that might cost to 125 million lei, multiple companies will be contacted.

Chisinau City Hall announced that repair works will be performed on 900 square meters.

Employees will coat roads from the city with asphalt, including in yards of apartment buildings.