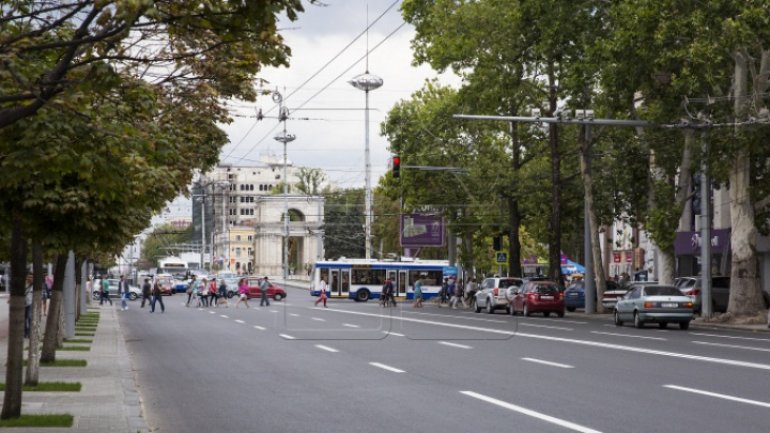 The road markings recently applied on Ștefan cel Mare Boulevard has begun to be wiped out from the early days. Meanwhile, Nistor Grozavu says this is a normal thing as it's just a test. Besides, Exdrupo say the paint began to wipe off because of the rain.

Five days ago, employees of Exdrupo applied the road markings, were working hard to finish as quickly as possible. If we pass the road today, it's easy to notice that the markings have lost their colors.

Drivers passing the boulevard say that nothing is unusual as the same situation happens so often:

"In the European countries, it take years for marking to disappear. In our country, they wipe out until winter."

"It should be normal for at least ten years."

"Now children crossing the street to go to school should be more careful."

Simple paint was used for this year markings. The City Hall chose a paint that easily erased in case further errors recognized.

"We did this deliberately, we did not use the high quality paint." said interim capital's mayor Nistor Grozavu.

And the representative of the company responsible for works says these were done according to plan.

The redevelopment works on the Avenue continue to trigger disputes in City Hall sessions. Interim Mayor Nistor Grozavu requested tracks of the head of the Transport Management Department of the General Directorate of Public Transport and Communication, Lilian Copaci.

We've been seeing how to work on the construction site and I noticed that the works are going pretty hard. That's because workers are damaging the underground cables that keep electricity. Thus, as long as they are repaired, the work is interrupted.

The renovation works of the Stefan cel Mare Boulevard and the St. George Boulevard began in 2015. Authorities announced several deadlines for the completion of the works, the last of them being the end of this year. The works are part of a project to renovate six streets in the capital. Its value is 22 million lei and is offered as a loan from the EIB and the EBRD.