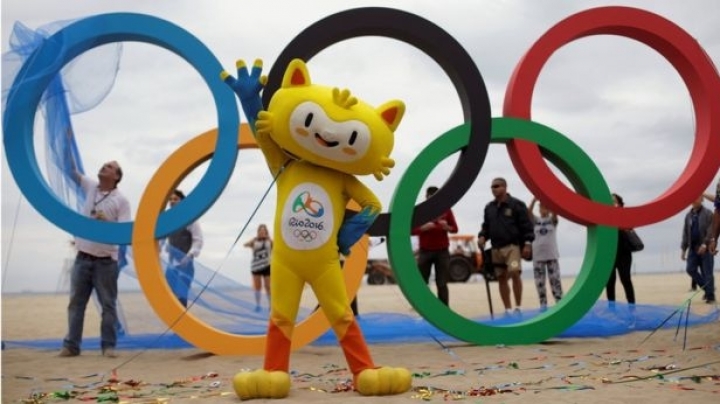 It's that time again. Four years since London 2012, it's Rio 2016.Put everything to one side for a few weeks. This is the time to briefly start taking an interest in often random sports that might otherwise pass you by, BBC reports.

Here's our guide to everything you need to know about the Rio 2016 Olympics.

How long are the Olympics on for?
The Games officially take place between 5 and 21 August. But if we're being pedantic, the first events were actually on 3 August - the women's football match between Sweden and South Africa kicked off the Olympics.
Competitions will take place across 32 venues in Rio de Janeiro, with football matches also scheduled for the cities of Belo Horizonte, Brasilia, Manaus, Salvador and Sao Paulo.

When are the main events?If you're that way inclined, the synchronised swimming begins at 11:00 Rio time (15:00 BST) on 14 August. The same day sees the finals of the men's Greco-Roman wrestling, which always makes for... alternative viewing.

Is Rio ready?Like any Olympics, there were plenty of obstacles in the build-up, and plenty of concerns stadiums wouldn't be finished. A few deadlines have been missed, but nothing too serious.

Australia's team, for one, was not too happy with the state of its accommodation, but eventually moved in.

One person you won't see at the opening ceremony is the president - Dilma Rousseff is suspended and facing impeachment over allegations she manipulated the government budget (she denies this).

The interim president, Michel Temer, said she would have been placed in the stand below him at the opening ceremony, and not at his side - she wasn't happy with this.

Will Russia be at the Olympics?
Yes, sort of.
An International Olympic Committee panel will decide which Russian competitors can take part in the Games, amid claims of state-sponsored doping.
There had been criticism of the IOC for not banning every Russian competitor.

Can refugees take part?Yes - the IOC said in March that a refugee team would enter Rio as "a message of hope for all the refugees in our world".There are 10 members of the refugee team, including Syrian swimmer Yusra Mardini.

(By the way, Syria does have a team in Rio, but with only seven members.)
Read more: The Syrian refugee fulfilling Olympic dream
When are the Paralympic Games?
From 7 to 18 September.

What will the weather be like for the Olympics?
Remember that Rio is in the southern hemisphere, so it's winter there. Even then, it's promising plenty of sunshine, and highs of some 27C (81F) during the first week of the Games. Not bad.
How can I take part?
As an athlete, forget about it. Your best bet is Tokyo 2020, I'm afraid.
As a viewer though, we could do with your help.

So, who are the mascots?

Vinicius, the Olympics mascot, who is modelled on a range of different animals in Brazil who have clearly developed a way of interbreeding.
He is named after Vinicius de Moraes, a Rio poet and playwright who died in 1980 and is one of Brazil's most-loved artists (he wrote The Girl from Ipanema, among many other songs).

And Tom, the Paralympics mascot - he's named after Tom Jobim, Vinicius de Moraes' writing partner.
He, apparently, represents a mix of Brazilian flora and fauna.
But pity the person standing inside the costume in 27C heat.