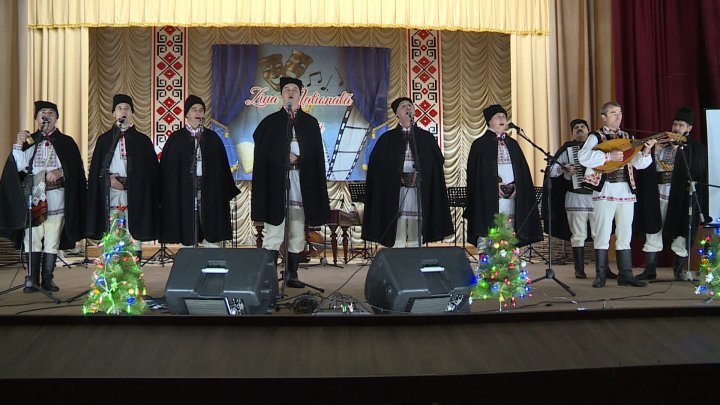 The artists also have been awarded.

Among the folk bands who attended the concert there is Haiducii band from Rezina.

"I make everything possible to improve this field", mentioned Maxim Frunza, the member of Haiducii folk band from Rezina district.

Ciocarlia band from Ignatei village is made of women who love the folk.

"We need to promote the traditions and the customs, so the next generations will know about it", said Violeta Pistrui, member of Ciocarlia band from Ignatei village, Rezina district.

Among the popular members there is Valentina Belidiman who inherited this passion from her grandmother.

"I like to crochet. Sometimes I even crochet until midnight", said Valentina Belidiman, womancraft.

"We need to promote our traditions and customs", declared Maria Celac, womancraft.

At the festival also participated Eleonora Graur, the president of Rezina district.

"Today, we gathered to congratulate and wished happiness, success to our national culture", sand Eleonora Graur.

The organizers of the festival say that the foreigners know about the traditions of Rezina.

"From year to year, we invite them to thank for their activity that they evolve in Rezina", said Angela Racu, the chief of Culture Section from Rezina.

The festival is organized the 7th year.