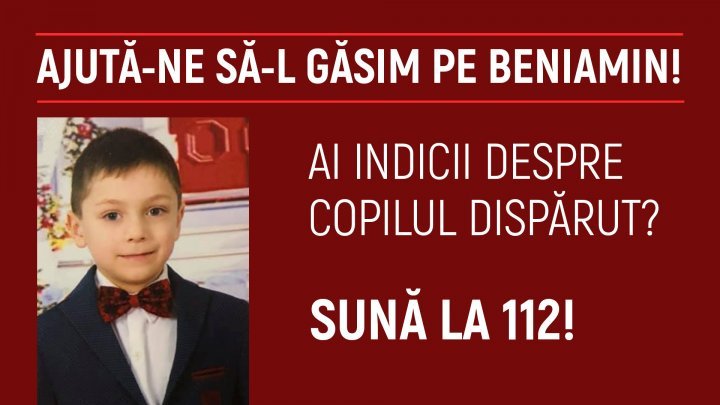 The six-year-old boy from the city of Hancesti, who disappeared on May 26, didn't leave Moldova, the head of the General Inspectorate of the Border Police, Corneliu Groza, confirmed with Publika TV.

According to Groza, the border police thoroughly checked all the vehicles that crossed the Moldovan border in order to prevent a possible abduction of the child.

Beniamin Osipciuc was dressed in a yellow T-shirt and green pants at the time of disappearance.

Meanwhile, the value of the reward for those who help find Benjamin increased to 300 thousand lei, Hancesti Mayor Alexandru Botnari published the information on Facebook.

"Following discussions with friends, they also want to support to find the child as sponsors. We offer the reward of 300,000 lei, provided that the child is alive and unharmed," wrote Alexandru Botnari.

So far, nothing is known about his whereabouts.