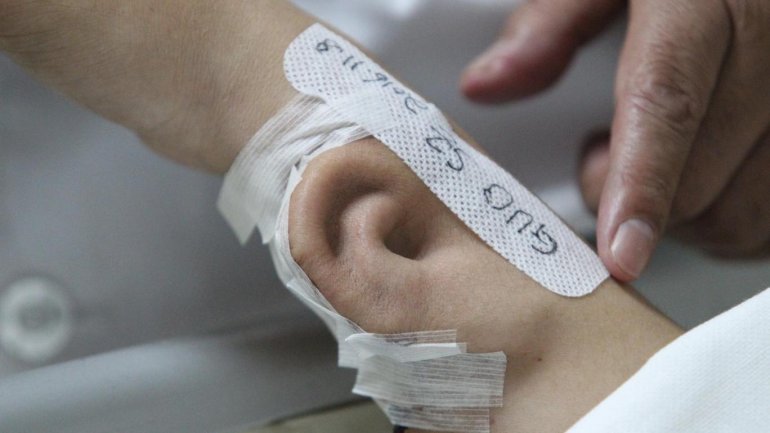 A surgeon in China has grown a human ear on a man’s arm in a revolutionary advancement in cosmetic medicine.

The patient, known only as Mr Ji, was seriously injured in a car accident last year, which resulted in his right ear being torn from his face.

The man had multiple operations to repair damage to his face, however, doctors were unable to restore his ear.

After hearing about renowned plastic surgeon Guo Shuzhong, Mr Ji contacted him to ask for his help.

Mr Guo, who conducted China's first face transplant operation in 2006, agreed to perform a three-step procedure on the patient.

The Xi'an Jiaotong University doctor first stretched the patient’s skin on his arm with the use of a skin expander before taking cartilage from his ribs, which was cut into the shape of an ear, and placing it under the skin flap in his forearm.

He hopes to attach the organ to the right side of the man’s face in the coming months once the ear is fully grown.