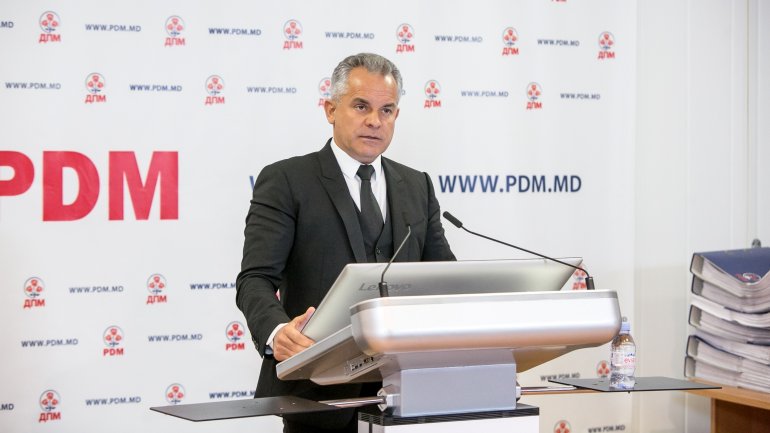 The powerful head of Moldova's ruling party Vlad Plahotniuc on Thursday accused Russian authorities of harassing him and other officials with dozens of bogus legal cases, ratcheting up a long-running diplomatic row between the two countries.

Plahotniuc was charged in absentia by Russian investigators this week of orchestrating the attempted murder of a banker in London in 2012, according to Russian media outlets.

Without referring to any particular case, Plahotniuc told Reuters that Russian officials had sought to frame him to put him on international law enforcement watch lists.

Plahotniuc expects further retaliation after the Moldovan parliament on Thursday passed a law to prevent the dissemination of foreign 'fake news,' on Russian-language and other channels.

Russian security services are "falsely accusing us of ethnic, political and ideological hatred, murder, theft, virtually anything they could think of," he said by email through a representative.

"They have seen their attempts failing so far, thus, they already went on with tougher and more explicit abuses."

The Russian foreign ministry and general prosecutor's office did not immediately respond to requests for comment.

Maria Zakharova, the Russian Foreign Ministry spokeswoman, at a briefing in November accused the Moldovan government and lawmakers of "some openly anti-Russian actions" and hampering attempts by Moldova's president to foster closer ties.

"Nevertheless, Russia is open to long-term development of friendly, partner relations with a neutral Moldova, relations based on long-standing historical ties between our peoples," she said.

Ex-Soviet Moldova is politically divided between a pro-Western government, which favours closer integration with the European Union, and Russian-backed President Igor Dodon.

Moldova and Russia have been embroiled in a series of spats this year.

The Chisinau government in March accused Russia's security apparatus of seeking to derail a Moldovan probe into a Russian-led money laundering operation by harassing Moldovan officials as they travelled to or through Russia.

Plahotniuc said that behaviour continued in recent months because of ongoing investigations into the case known locally as the 'Russian Laundromat'.

Russia's behaviour "towards my colleagues and me is an explicit act of blackmail and political harassment.. abusive and illegal behaviour, which will not change our commitment to the democratic and European development of Moldova," he said.

The Moldovan parliament adopted a bill on Thursday aimed at combating foreign propaganda, banning television channels from airing news and analytical programmes from countries that have not signed up a European broadcasting agreement, such as Russia.

"Nobody is banning any channels from any particular country. This is not a question of banning channels from broadcasting, but about banning specific programmes whose purpose is manipulation, propaganda and disinformation," the author of the bill, MP Serdjiu Sirbu, told parliament.

Dodon said he would refuse to sign the bill into law.

"Under no circumstances will I sign a bill limiting the broadcasting of Russian TV channels in the republic. This document contradicts all the European norms of freedom of speech, as well as the constitution of Moldova," he said.