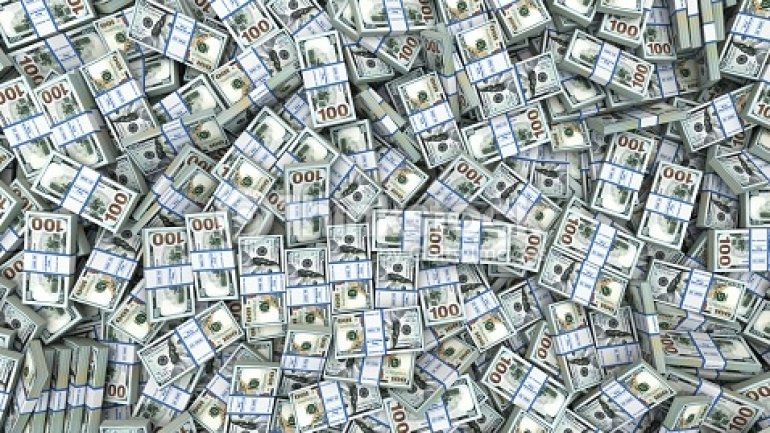 The visit didn't go as planned.

Garaba was stopped by border guards at Moscow's airport and taken in for questioning. He said one guard rifled through his passport for 15-20 minutes while another asked what he was doing in Russia - despite his official invitation and a document naming him as the head of the Moldovan delegation.

"I was asked questions that have absolutely nothing to do with border document checks. For example, 'How do I pronounce my last name?', or 'How to write it correctly?', Garaba told Reuters by telephone.

Reuters was unable to independently confirm his version of events.

But some Moldovan officials say the incident is part of a campaign by members of Russia's security apparatus to humiliate officials from the ex-Soviet state as they travel to or through Russia.

The primary aim, four top Moldovan officials including Garaba's boss Eduard Harunjen told Reuters, is to derail a Moldovan probe into a Russian-led money laundering operation that funneled $22.3 billion of Russian money through the Moldovan financial system between 2011-2014.

Under that scheme, Russian shell companies took fictitious loans from offshore companies based in Britain. The transactions were guaranteed by Moldovan citizens, a move designed to allow Moldovan judges complicit in the scheme to order the fake loans be paid out, thus ensuring the transfer of money out of Russia, according to Moldovan prosecutors who have been investigating the matter.

As in Ukraine and Georgia, moves by Chisinau to forge closer ties with the EU have been strongly resisted by Moscow. Moldova signed a political and trade pact with the EU in 2014, prompting Russia to slap a retaliatory ban on Moldovan produce.

The Moldovan officials interviewed by Reuters said Moldovan intelligence had detailed knowledge of individuals in Russia's FSB security service who allegedly ran the scheme together with a Moldovan businessman called Veaceslav Platon. Platon's wife told Reuters by phone that he denies any wrongdoing.

A spokeswoman for the Russian Interior Ministry, in response to written questions submitted by Reuters, said the ministry could not comment on Moldova's complaints of harassment because the Garaba case and others described in this article were not within its remit.

Reuters also sent requests for comment on the harassment to the Federal Security Service (FSB) and the General Prosecutor's office, but received no response. The Russian Foreign Ministry told a regular briefing last week it was studying a complaint made by Moldovan authorities about treatment of their officials.