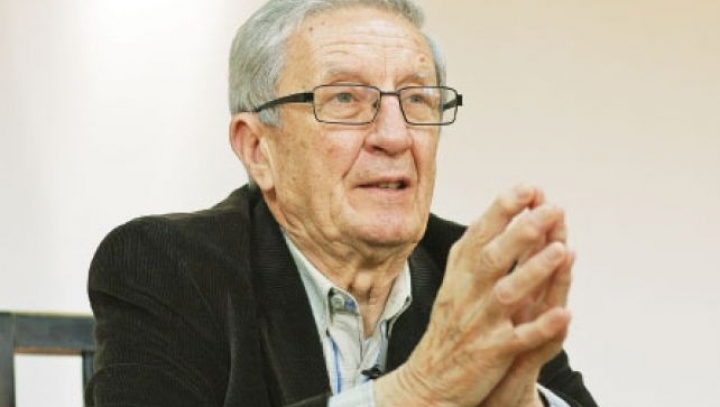 A retired Romanian general who organized the summary trial of communist leader Nicolae Ceausescu and his wife has died. Victor Stanculescu was 88.

Stanculescu held a senior position in Ceausescu's regime and the Communist leader dispatched him to crack down on demonstrators protesting against Ceausescu's rule in the city of Timisoara in December 1989.

He then returned to Bucharest and asked doctors to put his healthy leg in a cast to ostensibly avoid taking part in any further measures suppressing the revolt.

Ceausescu's Defense Minister Vasile Milea fatally shot himself, and Stanculescu was promoted to defense minister. On Dec. 22, he advised the Ceausescus to flee angry protests in a helicopter after the revolt spread to Bucharest.

Stanculescu then turned against the Ceausescus, and was a key organizer of their trial. They were executed by firing squad after the summary trial on Dec. 25, 1989.

Some 72 protesters died in Timisoara and 253 were wounded, marking the start of the uprising against Ceausescu's regime. In 2008, Stanculescu was sentenced to 15 years in prison for his role in killing demonstrators. He was freed in 2014.

He never expressed remorse for the deaths and declined to shed light on what happened during the revolt where more than 1,300 people died.

Former President Ion Iliescu said Monday that Stanculescu had "in a decisive moment of recent history, contributed to (Romania) coming out of totalitarianism and returning to democracy."

Iliescu, who had fallen out with Ceausescu, took power during the 1989 revolt. Since then, he has been elected president of Romania several times, most recently in 2000.

Stanculescu's wife died after jumping out a window of the family home in 2003. She left a letter saying she could not bear the pressure her husband was under.

He will be cremated on Tuesday. There was no immediate word on survivors, AP reports.