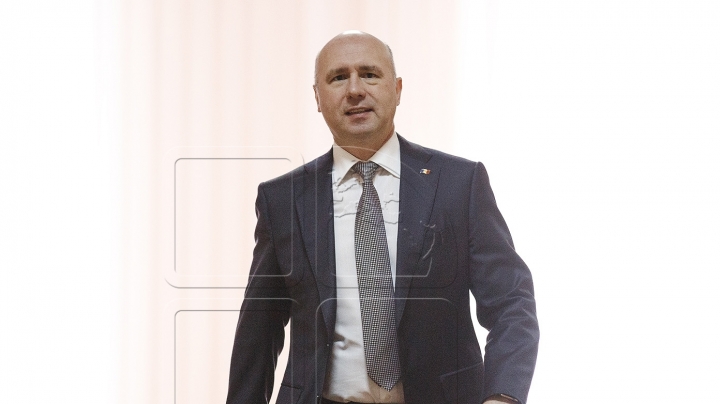 Romania supports the continuation of reforms started by the Government and recommends to Moldovan authorities to explain to Moldovans the need of changes and their future benefits. The subject was discussed at the meeting between the prime minister Pavel Filip and his Romanian counterpart Dacian Ciolos. The discussions took place in New York, with the occasion of participating to the UNO General Assembly.

The prime minister Pavel Filip informed the Romanian head of Government about the priority reforms to be implemented in Moldova. They are the reforms on Government, local administration, territorial-administrative, and retiring pension system. Also, the two officials have agreed to enhance the economic cooperation between the two countries. In this regard, until the end of 2016, will be organized a new meeting of the Moldo-Romanian intergovernmental mixed Commission for economic cooperation.

In New York, the prime minister Pavel Filip also had discussions with the assistant of American state secretary, Victoria Nuland. The American official declared that the future president of Moldova has to go the same direction as the present Government, in order to maintain the stability in the country.

“I want to say that Mrs. Nuland congratulated us for the fact that as a governmental team we managed to do a lot in this period. She also talked about the future presidential elections in Moldova and was stressed out that the main wish of USA is to have stability in Moldova” declared the prime minister.

A similar message was sent by the EU representative for External Affairs and Security Policy, Federica Mogherini. The Moldovan prime minister also discussed the Association Agenda of Moldova with the European official.

Pavel Filip also had discussions with the president of European Council, Donald Tusk. The two officials reviewed the agenda of reforms.

“There is the entire opening from the EU, there is support in the continuation of the reforms in Moldova and this makes me confident that we will succeed in our European path” declared the head of Executive.

Also in New York Pavel Filip discussed about reforms with his Georgian counterpart, Giorgi Kvirikasvili. The head of Government mentioned that our country is interested by the experience of Georgia in the implementation of reforms in the fields of internal affairs, defense and justice. In this context, the two officials agreed to create a joint group of experts which will ensure the implementation of Georgian practices in the judiciary sector.

During the visit in the United States, the head of ministers’ cabinet attended many events and had bilateral meetings with high officials from various countries. Some of them are the president of Bulgaria, Rosen Plevneliev, president of Latvia, Rajmonds Vejonis, and other officials with whom he discussed the enhancement of the diplomatic relations and the cooperation in fields of joint interest.