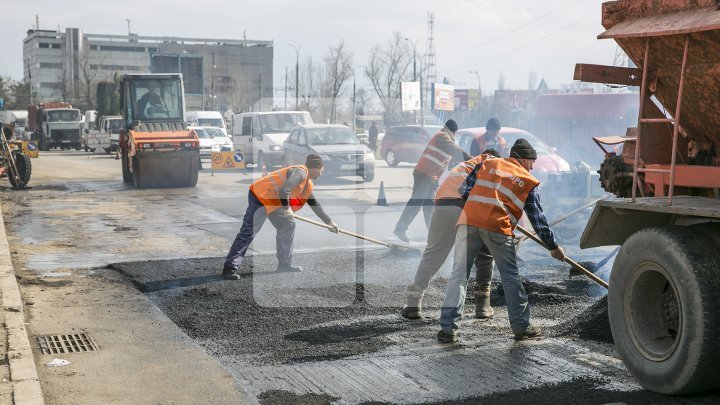 According to Minister of Economy and Infrastructure Chiril Gaburici, five agreements were signed to implement the road repair including two contracts with an Azerbaijani company, two with a Czech company. The last one was signed with a Moldovan company. Total value of the project is estimated at 8 million euros.

"We cannot tolerate backlogs anymore, citizens are waiting for years for this road to be renovated. Our main challenge is to put this highway into operation as soon as possible. At the moment, repair works are being done on 4 parts of the road, consisting of 90 km each and 60% of them are already done. The fifth part is already being enhanced", Minister has mentioned.

The construction company is still paying penalties for every delay: "Although these companies are being punished, we are still working with them, otherwise, the process will take much more time", said Chiril Gaburici. Company representatives assure us that the restoration works will end in November 2019.

Renovation agreements of the R1 highway Chișinău-Ungheni-Sculeni signed with Euro-Asian Construction Corporation Evrascon JSC from Azerbaidjan and OHL ZS from Czech Republic started in March 2014 on a length of 83,82 km, being financed by European Bank of Investment. Patches of renovated road were going to be finished in July 2016. These companies now have a new deadline - the end of 2019.

The public road chain of Republic of Moldova include over 9 300 km and the local roads of common interest consist of 30 000 km.