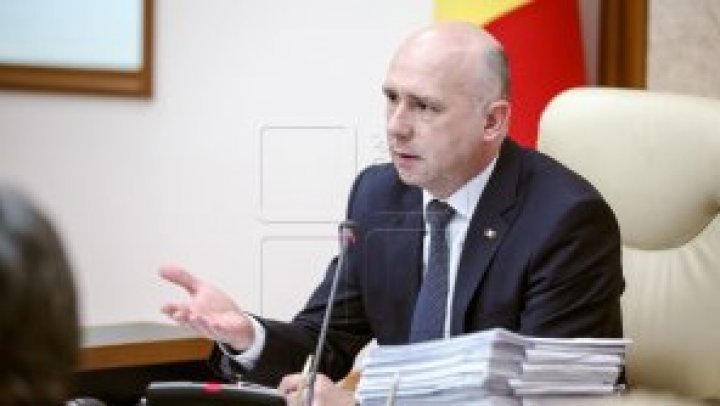 Premier Pavel Filip is dissatisfied with the actions and words of President Igor Dodon after his baseless declaration about the National Army.

"From my point of view, there are some statements shouldn't have been from a President. It sounded like gossip as it's about the National Army, not about NATO pressure on Moldovan National Army", declared premier Pavel Filip at an event.

"I've seen these statements. The National Army has to buy weapons from time to time and it's not a heavy weapon.

"Therefore, maybe the president wants to have weak army or no army or army on paper, but it does not work: A state must have army. I know he has an idol - Russian President. I saw how he answered a question about the army expenditure in an annual conference. He replied by joke. I also liked that joke. He said that there were some jokes saying that if you did not feed your own army then you would feed a foreign army", said Premier Pavel Filip.

Then Paul Philip introduced an example illustrating the potential problems if Igor Dodon continued in the same tone:

"He said, a retired officer said to his son when he came into banquet

Officer: Son, where is the military knife?

Son: Father, please do not curse me, I exchanged the knife with a boy in the ladder next to the clock.

Show me the watch, is it a good one?

But I have a question, if bandits come home and kill my mother, my sister, what are you gonna do?

Therefore, we need to be inspired from what other countries are doing. We'll take care of national army if these elements of anti-Europe, anti-Romania, anti-NATO are kind of political nutrition to the president. I don't think it's right because he's also the supreme commander, in fact, of the National Army", said Premier Pavel Filip.

PUBLIKA reminds that Defense Minister, Eugen Sturza, in turn, expressed his shock on his Facebook page. He stressed that he would not allow unjust interference of President Igor Dodon to hamper the Defense Ministry's modernization.